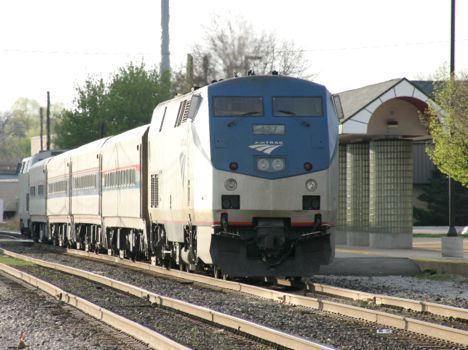 Amtrak is a federally owned railroad which provides national passenger train service in the United States.   Amtrak was created in 1971 to relieve most railroads from being required to continue to provide passenger service.  In return, the railroads agreed to allow Amtrak to use its tracks.

Amtrak operates on two sections of track which are not owned by freight railroads.   Amtrak itself purchased former Conrail trackage between Kalamazoo and Porter, Indiana.  In 2013, the State of Michigan purchased former Norfolk Southern trackage between Dearborn and Kalamazoo.  The first line offered trains that exceed 80 m.p.h. in a section which uses advanced positive train control.  High speed operation is also planned for the Dearborn to Kalamazoo route as well.   Norfolk Southern continues to provide freight service on both of these lines through trackage rights.