CSX was created on September 2, 1987 and acquired the Chesapeake & Ohio railroads in Michigan. This included historic lines which included the Pere Marquette, Manistee & Northeastern and the Port Huron & Detroit. CSX is based in Jacksonville, Florida and continues today.

Acquired: 1987 the Chesapeake & Ohio and the Seaboard (non-Michigan) [MRL] 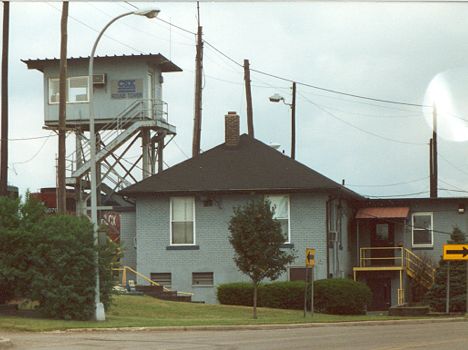 For routes and timetables, see " Pere Marquette" in the History Section of MichiganRailroads.com.

2022. CSX has changed the symbols for their various freight trains. For the last 25 years, they have used the letter Q plus numbers with the Q standing for Quality. Now trains will be identified by the following letters: