The Grand Trunk Western was a reorganization of the Chicago & Grand Trunk railroad and various lines in Michigan between 1900 and 1930. It was owned by Canadian National railroad interests and ultimately absorbed by the CN. The GTW operated main lines from Port Huron to Chicago, as well as from Port Huron to Detroit, and Detroit to Durand. The railroad also absorbed the Detroit & Toledo Shore Line from Detroit to Toledo, and the Detroit, Toledo & Ironton, ultimately selling that but retaining the line from Trenton to Flat Rock. 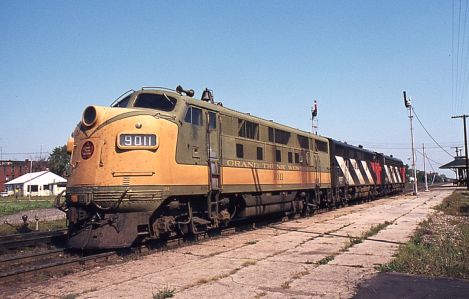 1910. Control of Pontiac Oxford and Northern.

Evening Before the Diesel, by Charles Foss