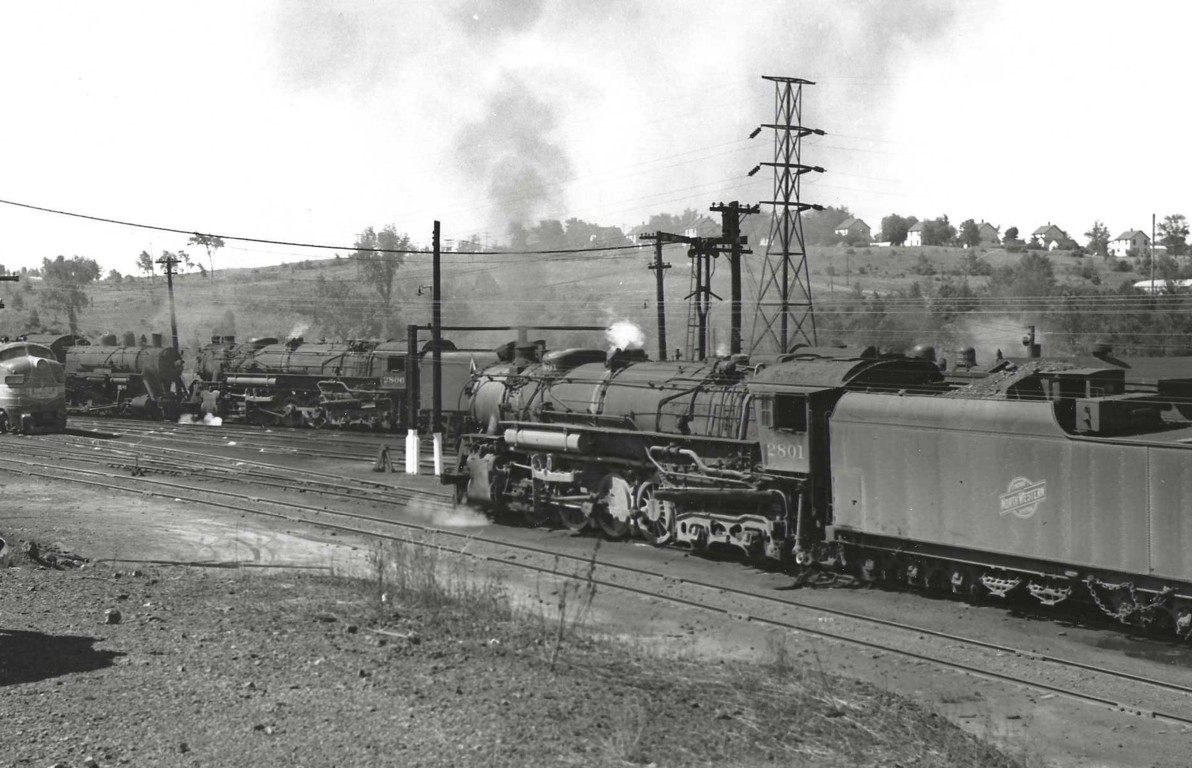 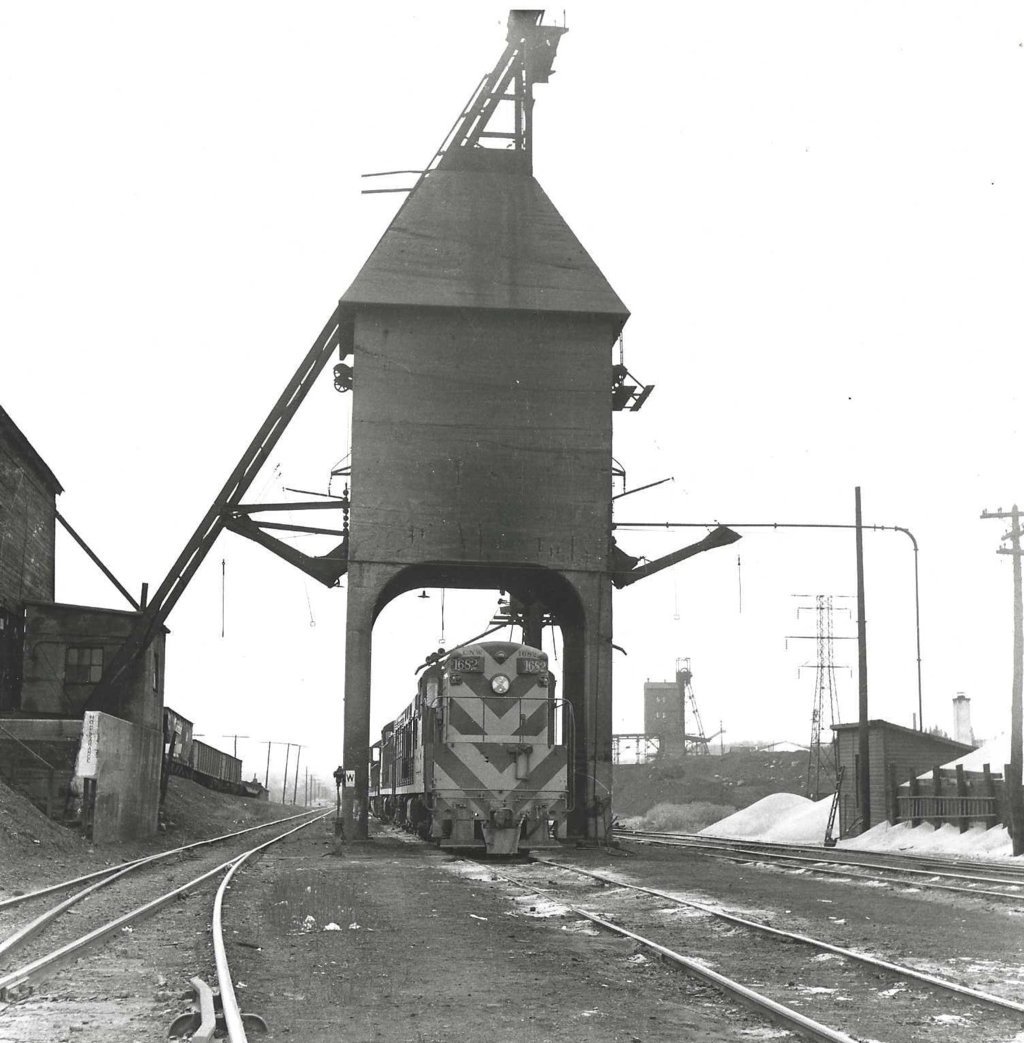 Stambaugh was a significant northern terminal for the Chicago & North Western, where ore trains were assembled for transport to the port of Escanaba.

Photo Info/Credit: Top, locomotives are at the ready at the terminal. 2nd photo, the concrete coaling tower at Stambaugh is in its last days as diesel locomotives take over duties on the iron range. Both photos from the mid-1950's.  [Both-C&NW Historical Society]