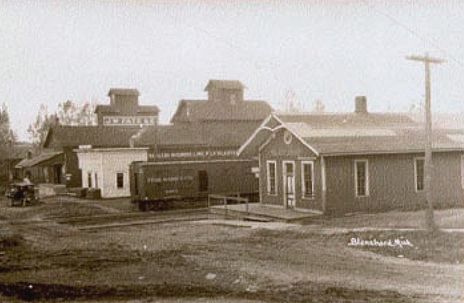 Blanchard is a lumber town which was settled in Isabella County about 1878. It was incorporated as a village in 1879. The town business district was destroyed by fire in August, 1884 but rebuilt. [MPN]

Blanchard was located on a Pere Marquette branch line between Edmore and Big Rapids. It was about eight miles northwest of Edmore.