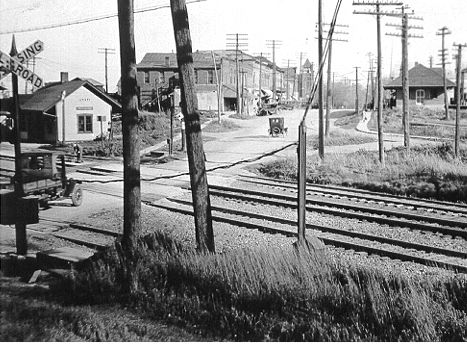 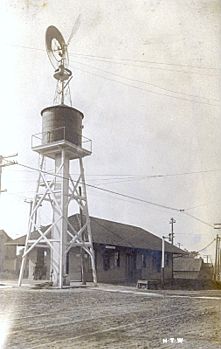 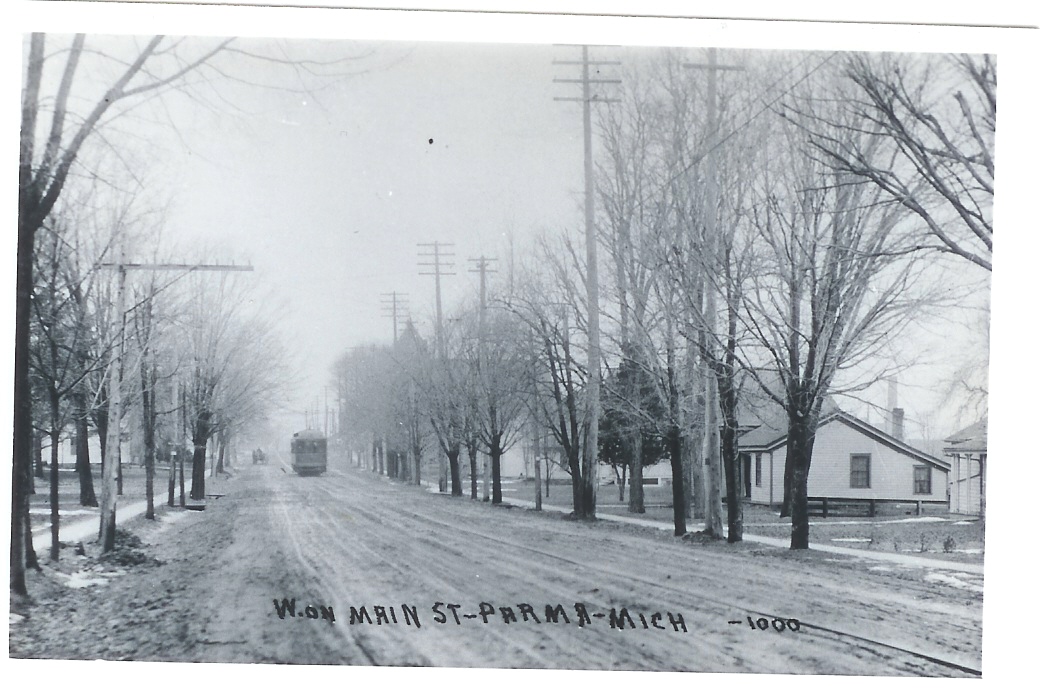 Parma was settled around 1833 and originally called Groveland and at some point Cracker Hill. It was renamed Parma in 1862. It was incorporated as a village in 1864. It was located about ten miles west of Jackson and was on the Michigan Central main line. The town was also served by an interurban line which ran between Jackson and Albion.

Photo Info: Top, downtown Parma in 1922. Note the MC depot on the main line and the interurban depot up on the hill at the right. The interurban track can be seen coming down the middle of the road and then veering west on the side street to continue to Albion and west of there. The crossing of the MC appears to be protected by an automatic bell signal which is on the crossing post. [Doug Leffler collection]. 2nd photo, the MC depot and nearby mill. [Rusty Davis collection]. 3rd photo, the former interurban depot which is now a library and city hall. It has been mvoed about 1/2 block from its original location. [Dale Berry]. 4th photo, the interurban depot at Parma in 1908. Th tracks pass on the road in the front and the trolley cable is above. In front of the depot is the town water tower which appears to have a windmill powered pump above. There is a hand pump at the base of the tower. An electric street light hangs by wires in front of the windmill. The depot also has a train order/block signal mounted atop a white pole. [Alan Loftis collection]. Last photo is of an interurban car on Main Street looking west. [Rusty Davis Collection]

1917. The MC depot was staffed around the clock by an agent/operator. [TRT]

1920. On the Michigan Central, this is a passenger, freight and express agency joint with the American Railway Express Company. Interline tickets are issued. W. F. Chapman is the agent. The telegraph call sign is "P". [MCOAS]