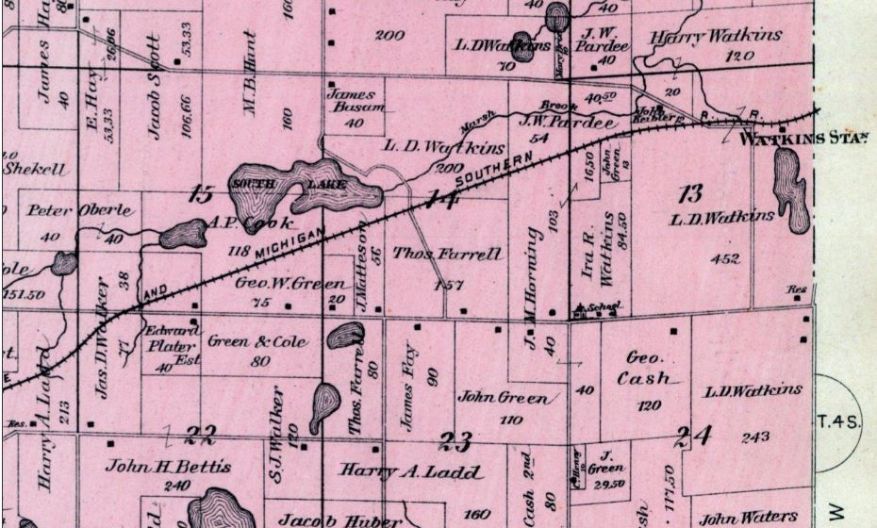 Watkins was a station stop on the Ypsilanti branch of the Lake Shore & Michigan Southern at milepost 31.1 as shown in a 1926 timetable, Watkins was 4.3 miles west of Manchester Jct. and 5.9 miles east of Brooklyn. This mileage would suggest that the depot was near Lake Fay, however a plat map from 1894 identified the station as on the north side of Watkins Lake. This was also confirmed by a 1911 plat map. [Michielle Lemore]. This is just west of the Jackson/Washtenaw county line.