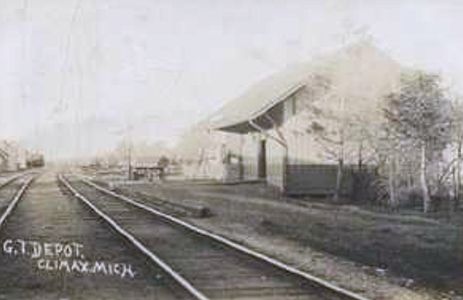 Climax was settled in Kalamazoo County about 1835. It was originally called Climax Prairie but renamed Climax in 1874. It was incorporated as a village in 1899. [MPN]

Photo Info/Credit: Top, the GTW depot at Climax. 2nd photo, another early photo of the depot from the opposite direction. [both Alan Loftis collection]