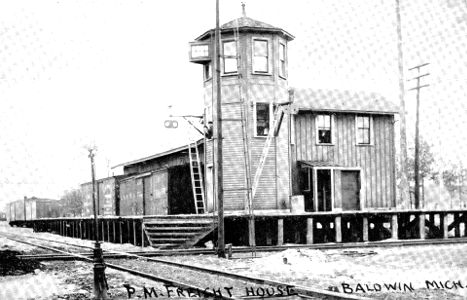 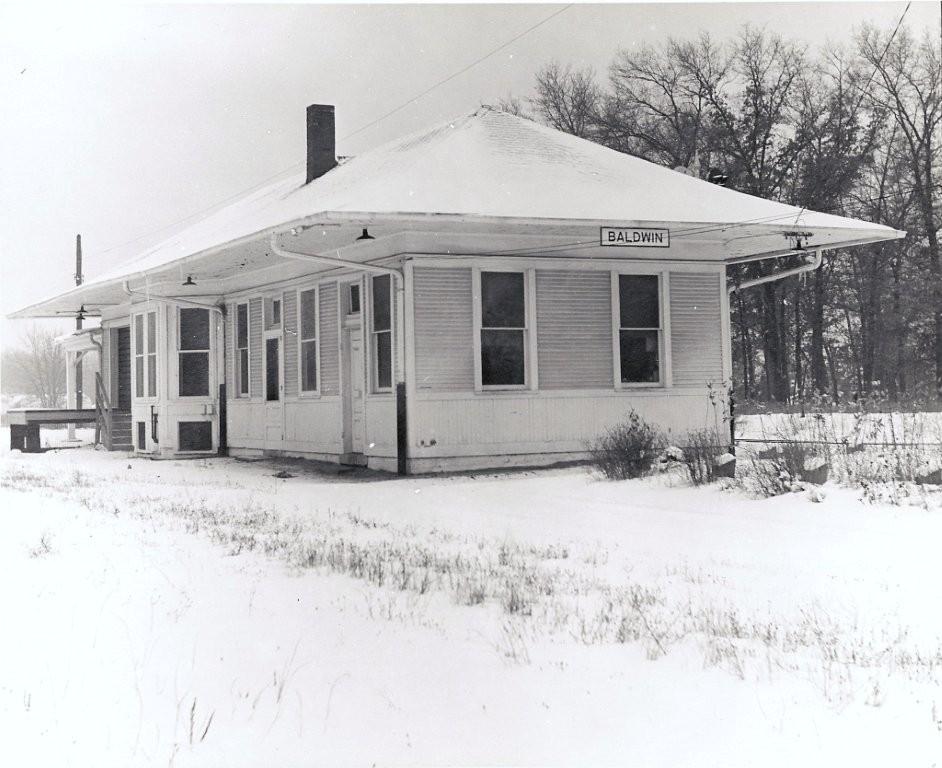 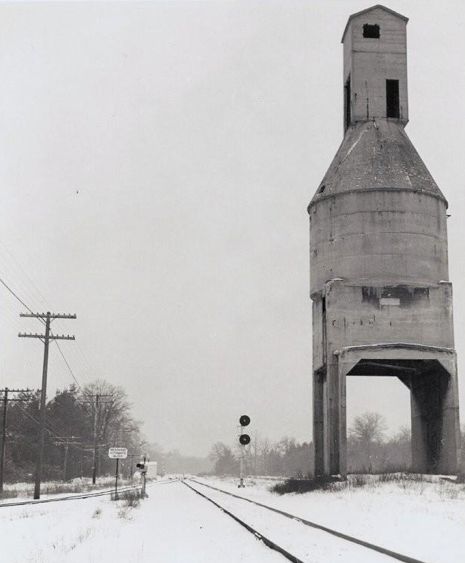 Photo info/credit: Top, an old photograph of the freight house and tower at Baldwin. The octagon shape of this tower was unique. At the time of this photo the tower was probably not an interlocking tower but rather a tall lookout tower for the operator. The tall mast in front of the tower appears to be a ball or blade signal which controlled the crossing of the Pere Marquette branches to Traverse City and Ludington. An actual interlocking was not installed here until 1929 according to records in the State of Michigan archives. Note also the signal box at the top of the tower which indicated to trains how long it had been since the previous train ahead. [Mark Worrall collection]. 2nd photo, an early shot of the Baldwin depo with two passenger trains stopping there. [Alan Loftis collection]. 3rd photo, a 1969 view of the C&O Baldwin depot. [Charles Geletzke Jr.], Bottom, the coaling tower at Baldwin about 1969. [Charles Geletzke Jr.]