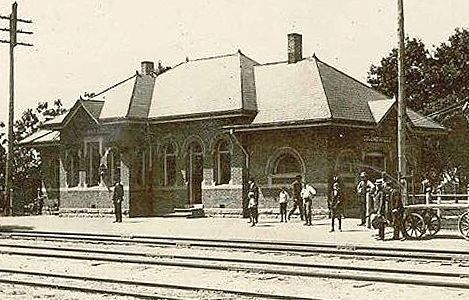 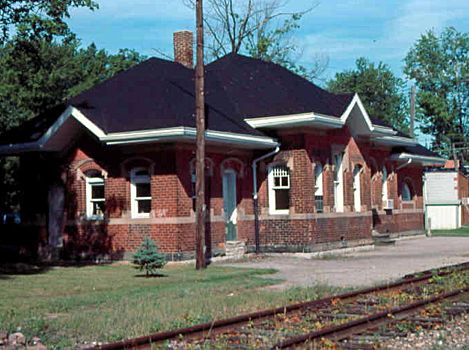 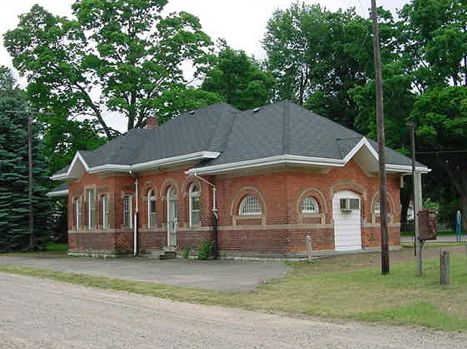 Columbiaville was settled about 1847 with a sawmill and was called Niverville. It was renamed in 1857 and became a village in 1879. [MPN]

Columbiaville was on the Michigan Central's Bay City branch, about ten miles north of Lapeer. The NYC/PC branch was mostly 105 lb. rail but the section over Columbiaville Hill north of milepost 69 was relaid with 132 lb. rail. [CW]

The Detroit and Bay City Railroad reported to the Michigan Commissioner of Railroads in 1873 that they built a Howe Truss wooden bridge at Columbiaville, 100 feet long. The railroad also reported a 120 foot long wooden pile bridge at the same location. These are presumed to be the bridge (and approach) to the Flint River (later Holloway Reservoir).  [MCR/1873]