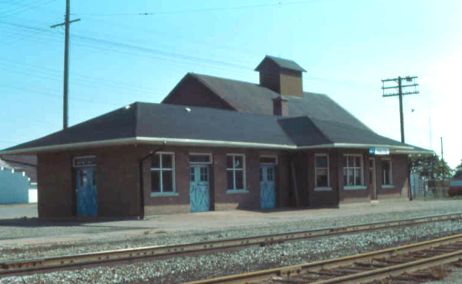 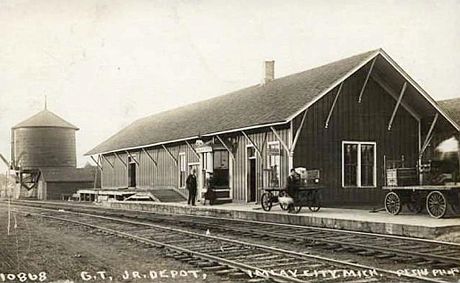 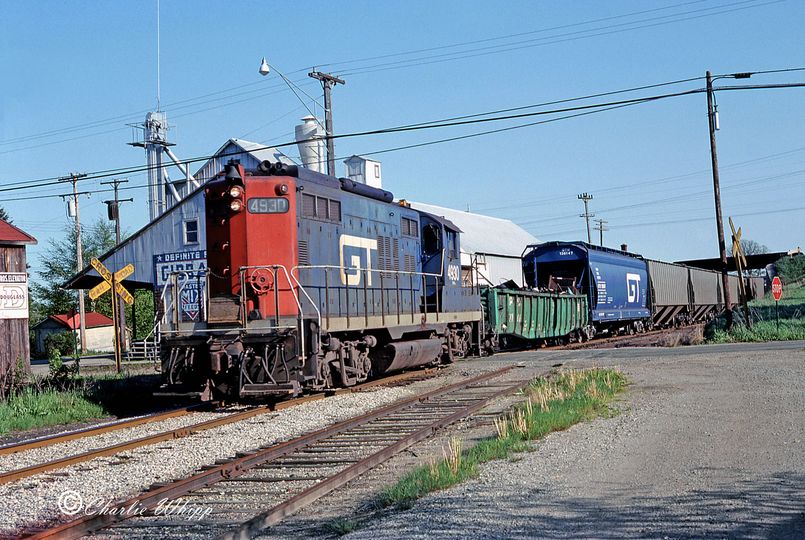 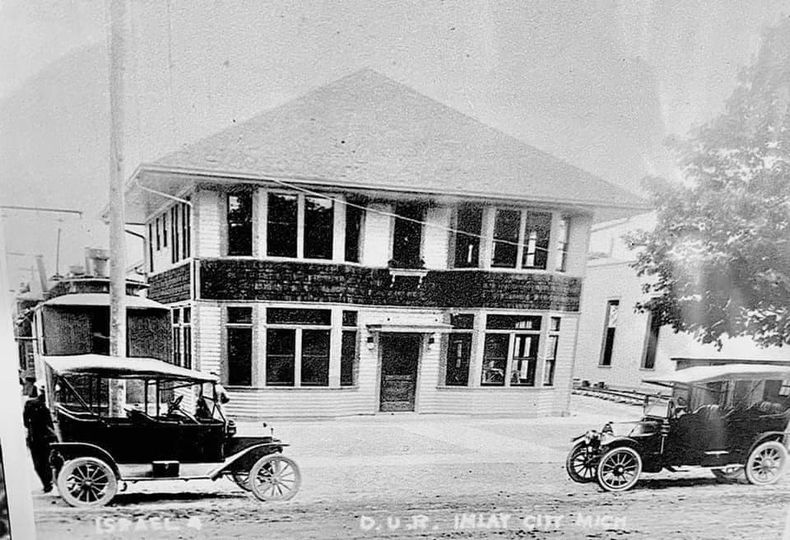 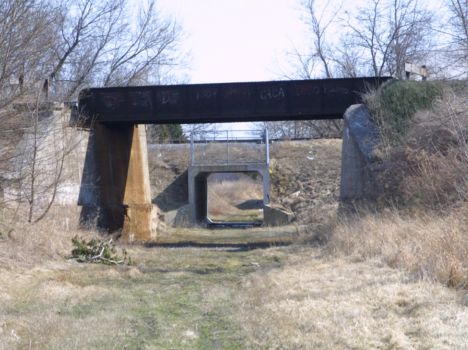 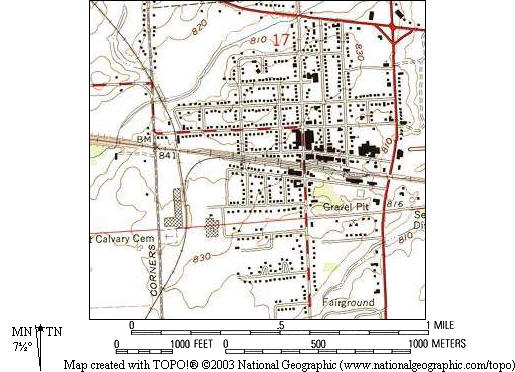 Imlay City was settled about 1850 and became a station stop when the Port Huron and Lake Michigan railroad (later GTW/ CN) came through about 1870. The town became a village in 1873. [MPN]

Imlay City was served by the Grand Trunk Western and was located about 13 miles east of Lapeer. The town was also served by GTW's Pontiac, Oxford & Northern line to Caseville and that line crossed under the GTW main line on the west edge of town. Imlay City was also the northernmost point on an interurban railroad line which came up from the Detroit area via Almont.

Photo Info: Top, the GTW Imlay City depot which was constructed in 1928 [RRSHS] and is now a historical museum. This photo was taken about 1975. [Charlie Whipp]. 2nd photo, an earlier photo of the previous depot, date unknown. [Alan Loftis collection]. 3rd photo, GTW 4930 heads a northbound train on the PO&N at Imlay City. You can see the GTW main line crossing over the bridge in the background. [Charlie Whipp]; 4th photo, a photo of the interurban station in Imlay City, taken about 1920. 5th photo, the right-of-way of the PO&N which was built under the GTW main line. Rather than pay for their share of a manned interlocking tower, the PO&N crossed below grade. This view, which looks south, shows the original overhead bridge for GTW's main line (now CN). Farther south is a newer overpass for a CN industrial lead to the Vlasis Corporation, which was built sometime after the PO&N was abandoned in the mid-1980's. Photo taken in 1003. [Dale Berry]. 6th photo, GTW passenger train 1119 travels under the Summers Road overpass at milepost 300 on the Flint subdivision. This photo was taken before 1914, the year that the bridge was replaced. Summers Road is about 1 mile west of Imlay City. [Charlie Whipp collection], 7th photo, a USGS map of Imlay City showing both railroad lines and their connecting wye in the southeast quadrant. [USGS, Dale Berry]