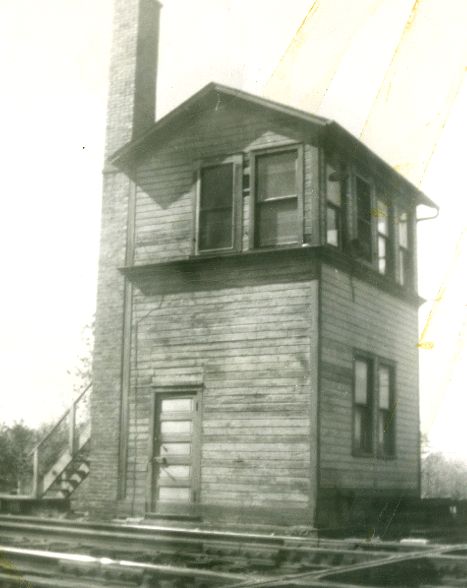 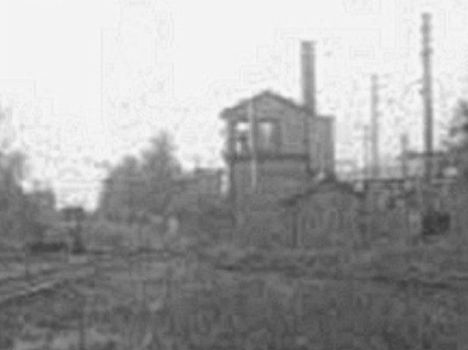 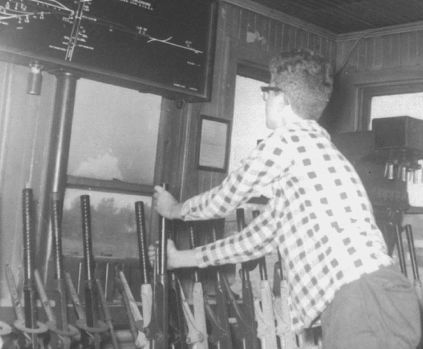 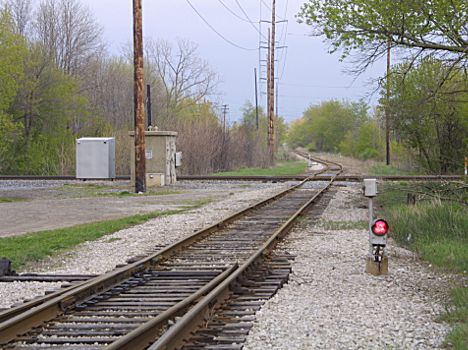 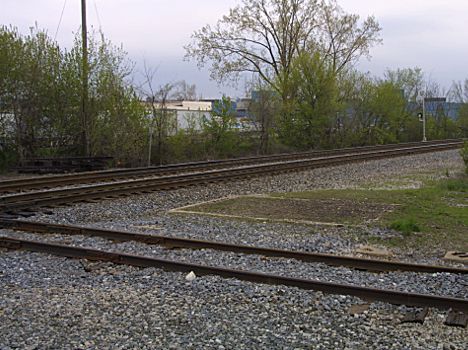 This interlocking, known as WB Tower on the Lake Shore, is still in place today (as an automatic interlocking of the Norfolk Southern and the Adrian and Blissfield).  It contained a 20 lever machine which was located in the tower on the southwest corner of the 3 diamonds.  In 1923, the interlocking was modified and the detector bars (which physically determined whether a train was present) were replaced with locking detectors in the frame which were electrically controlled.  Four more levers were also added to the frame to provide separate levers for NYC dwarf signals.  Eight more levers were added in 1924, according to documents in the interlocker files at the State of Michigan archives.

In June, 1926, the Wabash added a second main track and a second interlocker machine was added (a United Switch and Signal S-B machine). In February, 1943, the southbound Wabash semaphore signals were replaced with color light home signals. The plant now had a 32 lever S&F machine plus the 4-lever US&S machine. In April, 1942, all main track derails were removed. One east-west track was also removed on the NYC, leaving a 2x2 set of diamonds.

January, 1962, the tower was closed and replaced by automatic approach clearing  home signals on the Wabash, and a push button control of the home signals on the NYC. Two color light interlocked dwarf signals were also installed on the NYC, and the NYC approach signals were made inoperative, set to "approach".  It was noted on these blueprints that passenger train speeds on the Wabash were 60 m.p.h. and freight speeds were 40 m.p.h. At some point (perhaps in 1962) the second NYC track was also removed. This is the state of the interlocker today, some 40 years later.

Comments from Robert Ellis (6/18/2003): WB Tower was alive and well as you can see in the photo of me at the levers. This photo was taken in the summer of 1959. The little DT&I tower was always called that as far as I know. That's how the NYC men referred to it. Although it is true that the USS S-B interlocking machine was added to WB in 1926, the semaphores to the south were not totally removed. I used to use that lever many times to line up signals for the northbound Wabash in 1959. I loved to watch the semaphore move up and down. As near as I can remember, the tower (WB) was still operating when I went back to school in the winter of 1960, so the 1962 closing date is fairly accurate. The little DT&I Tower was removed about 1960. You know, the phone in WB was still working too.  I could call Nasby Tower in Toledo and still talk to him from there.

Photo Info/Credit: Top, WB Tower in Adrian. [Robert Ellis collection]. 2nd photo, a view of the tower from the north side. Note the very tall chimney which was not typical for interlocking towers. Date unknown. 3rd photo, Robert Ellis is handling the "armstrong" levers in the tower as a young boy. [Robert Ellis collection]. 4th and 5th photos, taken in 2002, modern day photos of the crossing. The A&B (former NYC) has dwarf signals in both directions. The NS has more traditional signals which reflects the speed of trains on their line. In the 5th photo, the foundation of the old tower still exists in the southwest corner of the crossing. [Both, Dale Berry]. 6th photo, a map of the interlocking in 1908. [Drawn from blueprints in the State of Michigan Archives by Dale Berry]