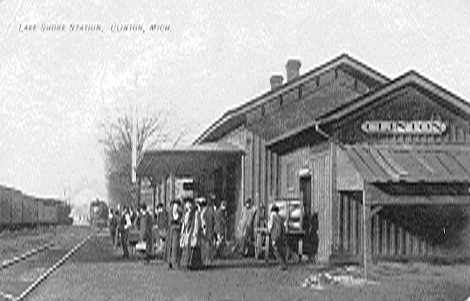 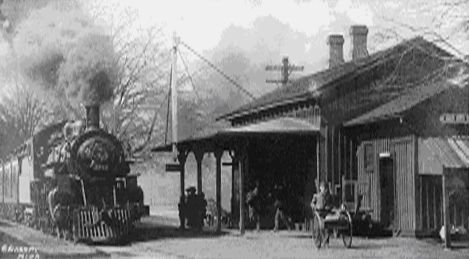 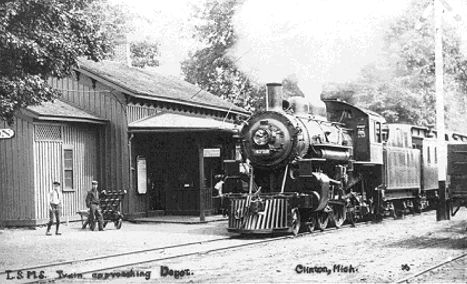 Clinton was settled about 1830 on the northern edge of Lenawee County. The town became a station stop on the Lake Shore & Michigan Southern's Jackson Branch in 1878 (Lenawee Junction to Jackson). The town became a village in 1838. [MPN]

The LSMS line became the New York Central and later the Penn Central and Conrail. Under NYC ownership, the line was truncated north of Clinton. Later, the line from Lenawee Junction to Clinton was abandoned by Penn Central and purchased by the Southern Michigan Railroad Society which now operates it as a historical tourist line with headquarters in Clinton.

Photo Info/Credit: Top, a 1915 photo of the depot at Clinton with a steam locomotive arriving in the distance and passengers waiting for the train. 2nd and 3rd photos, two additional photographs of the Clinton depot with trains. First is the LSMS 4759 and the second is the LSMS 4758 going in opposite directions. [All photos from the Kirk Hise collection, courtesy of Cynthia Givens, Southern Michigan Railroad Society]