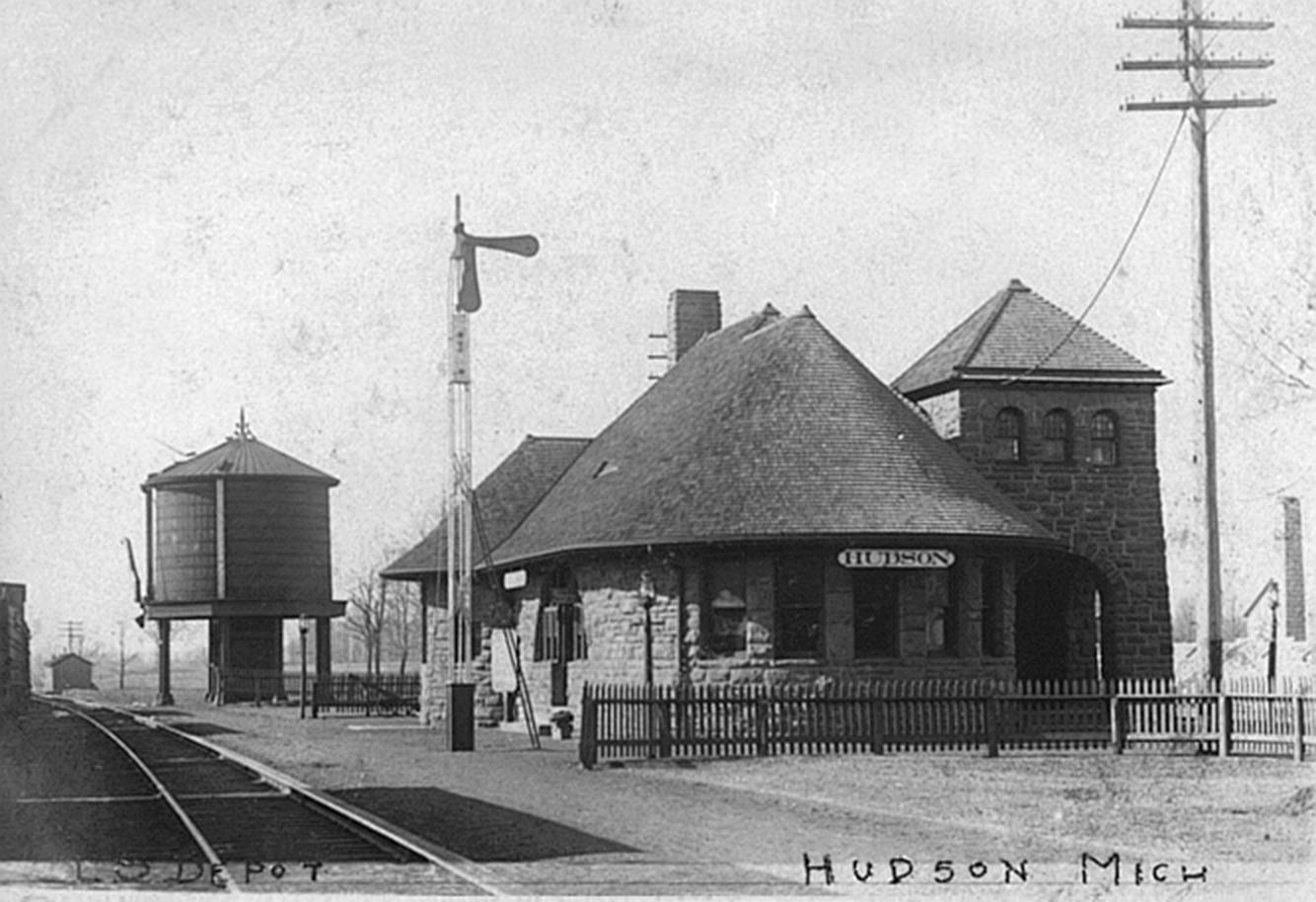 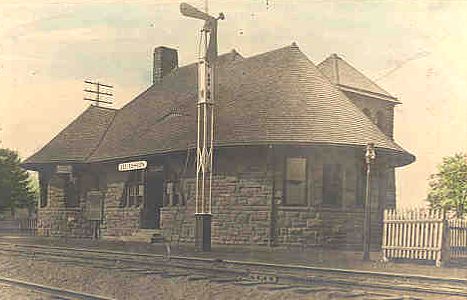 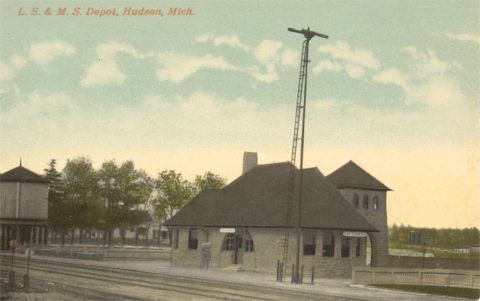 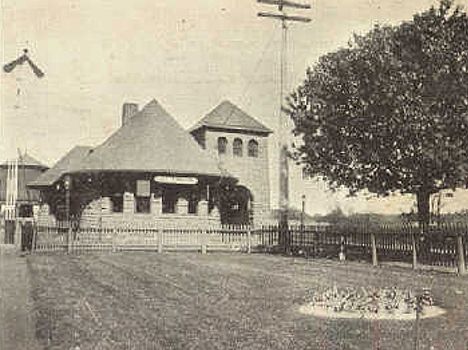 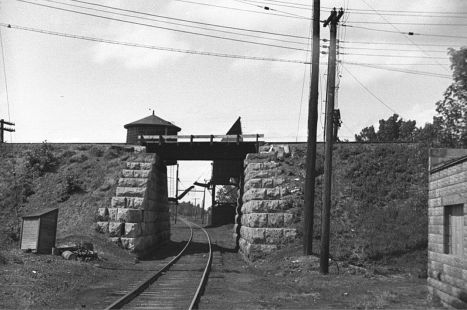 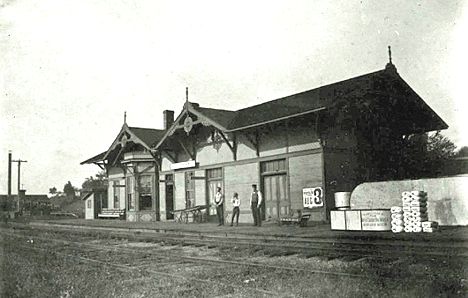 The north-south Cincinnati Northern had a small eight track yard here and also had water and coaling facilities for its locomotives. There was also a stock handling facility on the CN with capacity for four double deck stock cars. Stock could be fed and watered here.

The Cincinnati Northern came through later with its north-south route between Ohio and Jackson. It crossed over the top of the LSMS on a small bridge (see photo). There apparently was never a physical connection between the two lines, both of which eventually fell under NYC control.

Hudson had two water towers, one on the Old Road and one on the CN Jackson branch. The CN also had a coaling tower here.

1909. The Cincinatti Northern builds a new coaling station at Hudson. The Michigan Railroad Commission also noted that the water closets at Hudson were in an unsanitary condition. [MCR-1909]

August 6, 1914. Train Derailed North of Hudson, Deaths. Engineer A. L. Baldwin of Jackson was killed and Fireman Harry Randall of Vanwert, O., fatally injured Saturday afternoon when the "cannon ball" train on the Cincinnati Northern railroad left the track about two miles north of Hudson. The engine and tender were hurled from the track and overturned, while the rest of the train and two coaches remained upright but derailed.

Baldwin was flung from his cab into a nearby field and was picked up dead. Randall's collarbone was broken, and he was badly cut about the head. A broken rail is believed to have caused the accident. The engine was running backward, but at the head of the train, when the accident occurred. There were but four passengers aboard and these helped load the dead and injured trainmen in autos for Hudson. Engineer Baldwin was one of the oldest engineers in point of service on the Cincinnati Northern. He was 60 years old. Randall is 40. [Yale Expositor]

November 2, 1922. C.N. Bridge at Hudson is Nearing Completion. The Cincinnati Northern railroad bridge over Bean Creek east of the water works station, which has been under construction since spring, is nearing completion. Contractors put in two cement piers, two abutments and sides of the bridge, and then the work was turned over the railroad for completion. As a covering for the piers, six great concrete slabs to span the opening from pier to pier were put into place by the largest railroad derrick available, the work being accomplished Saturday and Sunday. Each of the concrete slabs weight 40 tons and was reinforced with two tons of steel. The crevices between the slabs are now being filled with concrete, uniting the entire covering. The work will be completed with gravel, ballasting and laying of ties and rails. [Battle Creek Enquirer]