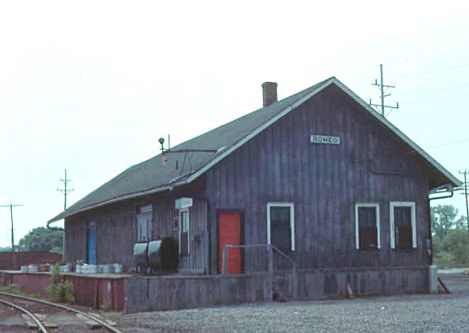 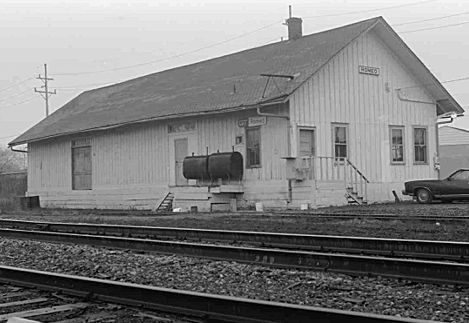 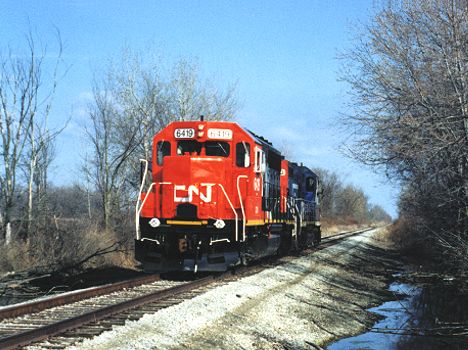 Romeo was settled in 1821 as a farming settlement. It was first called Indian Village, then changed to Romeo in 1827. It was incorporated as a village in 1838. [MPN]

Romeo was on the Grand Trunk Western air line between Richmond and Pontiac. The town is about six miles southwest of Armada in Macomb County.

Photo Info/Credit: Top, the GTW depot at Romeo. This was a combination passenger freight depot. 1975. 2nd photo, another shot of the depot taken in 1982. The depot and tracks are gone today. [Both, Charlie Whipp]. 3rd photo, CN 6419 leads a light set of power on the Romeo subdivision at 33 Mile Road, just northeast of town in 1996. [Dan Meinhard]