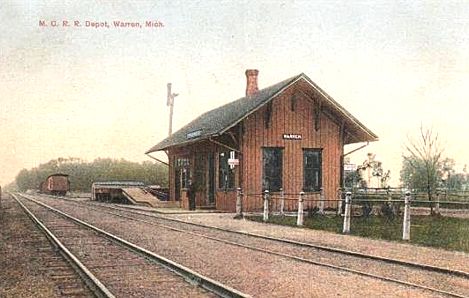 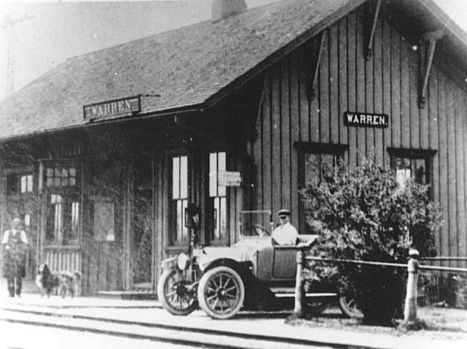 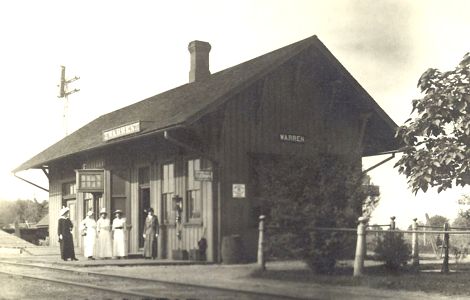 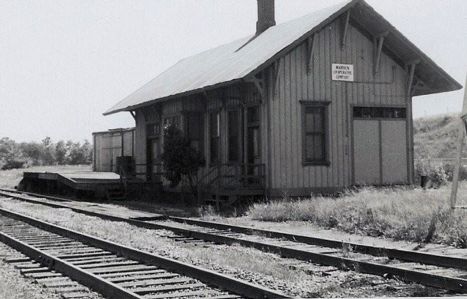 Warren is one of Michigan's largest cities today, but it was much less populated when the railroads came through in the mid-1800's. Warren was settled about 1837 as Hickory, and renamed Alba in 1838 and then Warren in 1839. The town was incorporated as a village in 1893 and a city in 1955. [MPN]

Warren was a station stop on the Michigan Central's Detroit to Bay City branch, and was two miles north of Centerline.

Photo Info/Credit: Top, a postcard view of the Michigan Central depot in Warren. The town had about 1,000 residents when this station was active. 2nd photo, an old view with modern transportation (of the day) waiting at trackside. 3rd photo, another view of the depot. Note the message box on the side of the depot. These boxes were used for a short time on depots and interlocking towers in the late 1800's on the Michigan Central. The purpose was to post the departure of recent trains in a crude form of train a spacing system. The number on the box was changed from inside the depot and the box was back lighted by an oil lamp. If you look closely, you can see the chimney for the oil lamp protruding above the message box. Most of these boxes were used on MC's Air Line Division but they have been observed at depots on the Bay City and Toledo branches. [Above, Alan Loftis collection]. 4th photo, the Warren depot in 1963. [Charles Geletzke Jr.]