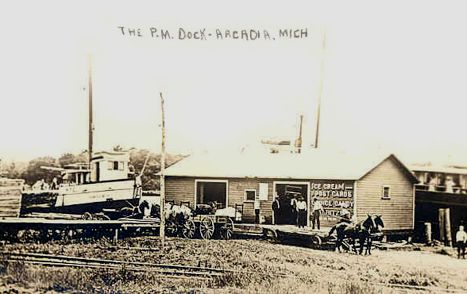 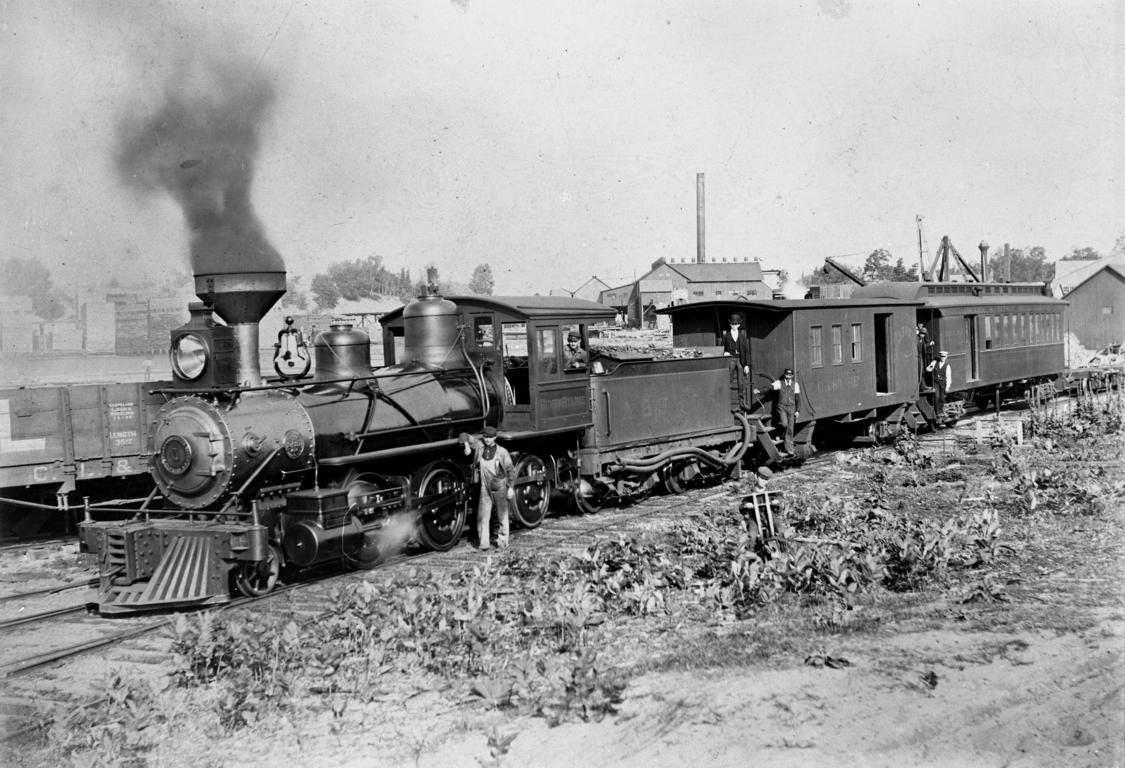 Arcadia, on Lake Michigan in Manistee County, was settled around 1886. [MPN]

Photo Info/Credit: Top, the dock at Arcadia, north of Manistee, probably around 1913. The dock was served by the Arcadia & Betsey River railway as well as steamship lines of the Pere Marquette. Note the rail line in the foreground of the photo. [Alan Loftis collection]. 2nd photo, A&B engine 1 at the mill yard in 1895. [UMB-Stoner Collection]

Comments from Lyle Matteson of the Arcadia Area Historical Society: The Arcadia & Betsey River Railway started out as a narrow gauge railway used for lumbering and was owned by the Starke Land & Lumber Company.  It stayed in the hands of that company.  A hundred yards or so farther up the track from the dock was the Arcadia Furniture Factory, which replaced the sawmill when it burned down again in 1906.  When the photo above was taken in 1913, the Furniture Factory was in business and the railway was standard gauge and used to haul lumber to the factory and ship furniture to the rest of the world.  It was also used to haul passengers and freight twice a day between Arcadia and Copemish, and eventually to Thompsonville with about a half dozen stops in between.  One end of the furniture factory had a showroom and train station.