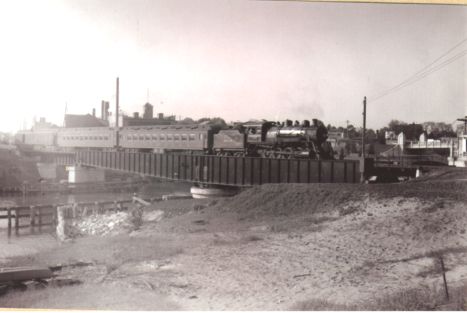 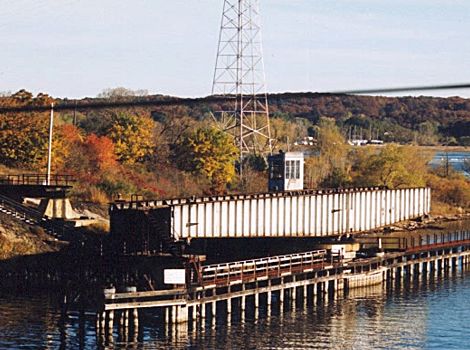 This swing bridge brings the CSX over the Manistee River on the north end of town.  The tender shack is an old Manistee & Northeastern caboose #5 (enclosed in siding). The bridge was built by the Manistee & Northeastern in 1889 and rebuilt by them in 1899. They were the original owner. The original length of the drawespan was 160 feet. It was a wood and iron Hoe truss, 12 feet above the water line (which was 14 feet deep). The bridge was originally swing by hand power. The bridge was protected by a Gravett (interlocking) semaphore and derail. [MCR-1904]

1941. This bridge, which was operated by the M&NE, was an interlocking. Derails and fixed semaphore signals were located 250 feet north and south of the drawbridge. The signals were two-arm semaphores governing movement over the bridge. [M&NE ETT 1941]