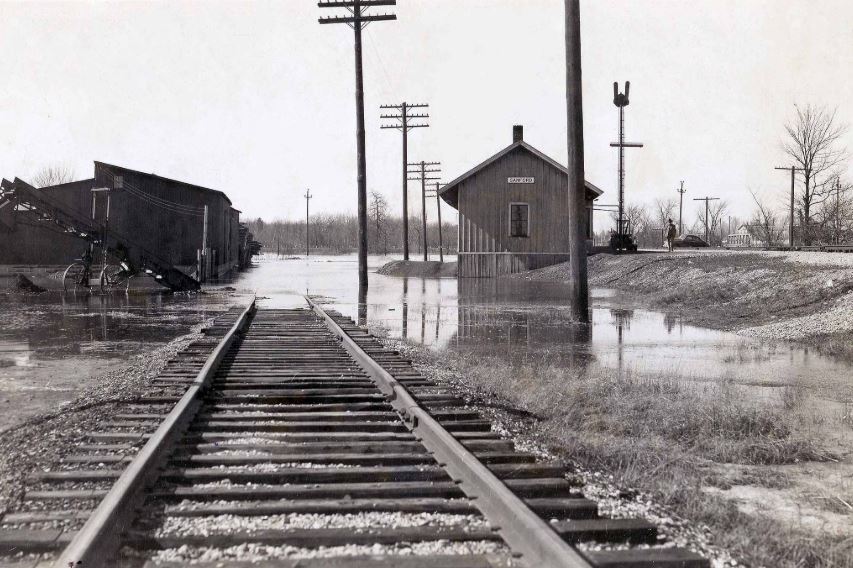 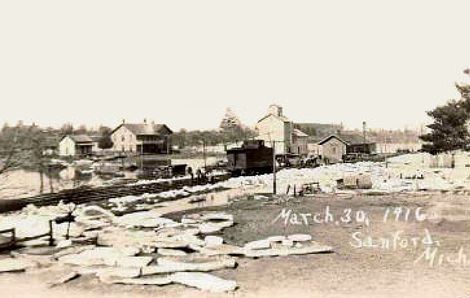 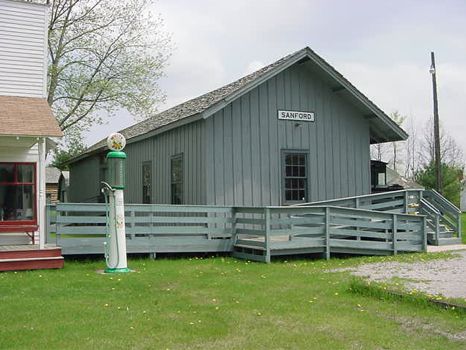 Sanford was settled about 1864 in central Midland County. The village, originally called Sanfordville was shortened to Sanford in 1871, which was the year the Flint & Pere Marquette railroad came through. [MPN]

The PM line, later operated by the C&O and CSX, was removed about 1987. The town is about eight miles west of Midland.