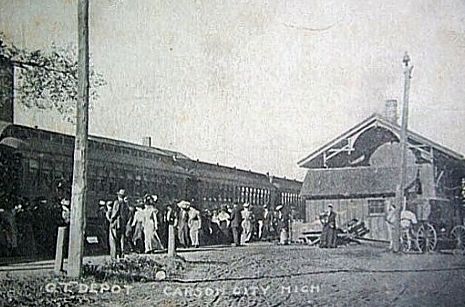 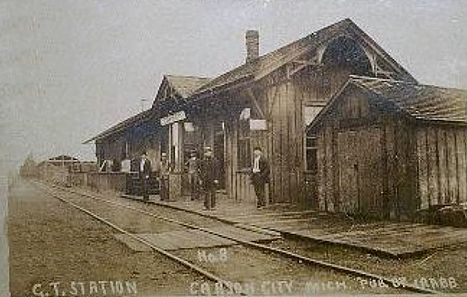 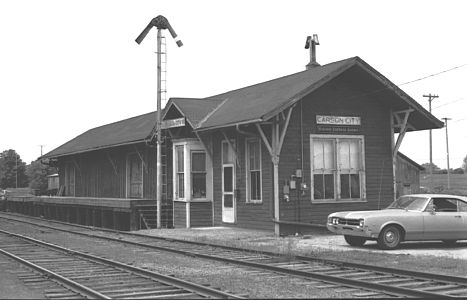 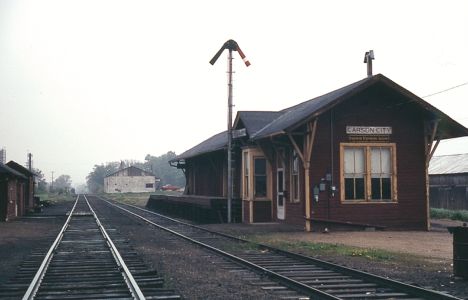 Carson City was settled about 1850 in the very southeast corner of Montcalm County. A saw mill and grist mill was located here. The town was incorporated as a village in 1887 and a city in 1960. [MPN]

Carson City was located on the Grand Trunk Western rail line between Ashley and Muskegon. It was about 18 miles west of Ashley and 21 miles east of Greenville.

Photo Info/Credit: Top, the GTW depot at Carson City with a train loading and unloading passengers. [Alan Loftis collection]. 2nd photo, another view of the depot. 3rd photo, a 1970's photo of the same station. [Greg Bunce]. 4th photo, GTW 4135 with a short train in Carson City in the arly 1970's. [Greg Bunce]. 5th photo, a color photo of the depot in the 1970's. [Gordon Hessemer, Doug Lerffler collection]