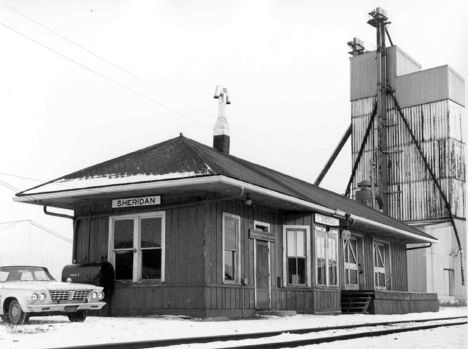 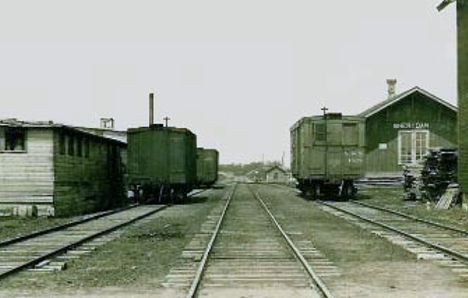 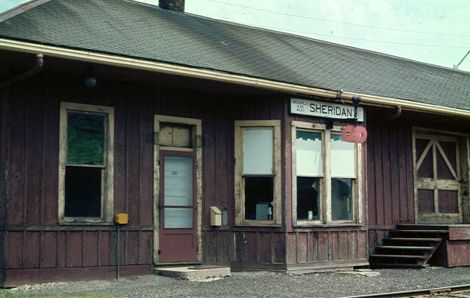 Sheridan was settled in south central Montcalm County about 1851 with a saw mill located here. The town was incorporated as a village in 1877. [MPN]

This was a crossing of two railroad lines, known as Virgil [MPUC-1919]. The east-west Grand Trunk Western from Ashley to Muskegon crossed the north-south Pere Marquette from Ionia to Edmore.

Photo Info/Credit: Top, the GTW Sheridan depot about 1970. [Charlie Whipp collection]. 2nd photo, an old photo of the Sheridan depot in the early part of the 20th century. This appears to be an earlier depot as the roof and window designs are different. [Alan Loftis collection]. 3rd and 4th photos, are 1973 views of the GTW depot. [Both, Greg Bunce]