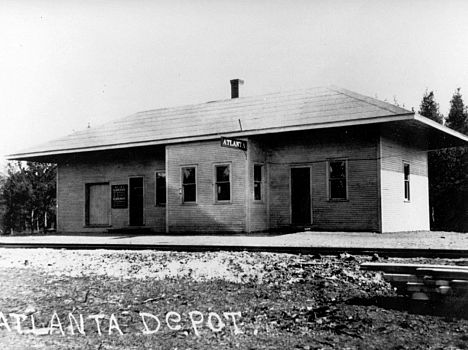 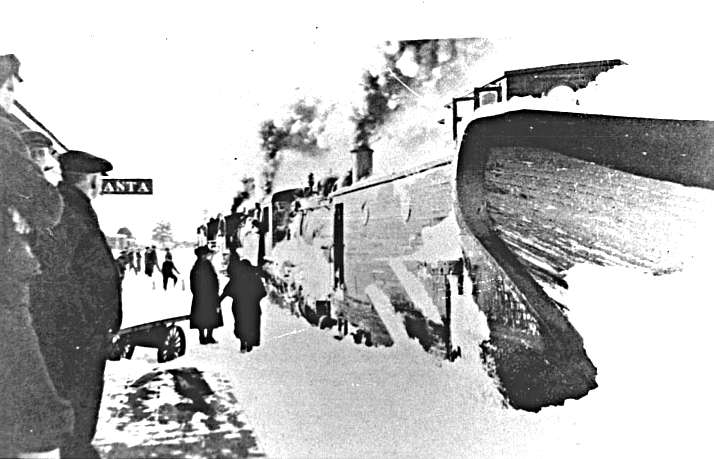 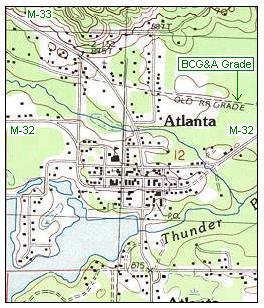 Atlanta was settled about 1881 in central Montmorency County by Alfred West of Capac, Mich. while he was building a road from Torch Lake near Traverse City to Alpena, a State project. He became aware of the lumbering potential in the county. He established a mill on the banks of the Thunder Bay River. He names the new town Atlanta, because the terrain reminded him of Atlanta, Georgia where he fought in the Civil War. It is the county seat. [LITF]

The town was served by the Boyne City, Gaylord & Alpena railroad for a short period between 1920 and 1932. This was likely during the period of harvest of hardwood forests in the area. The Michigan Central and Detroit & Mackinac railroads came within about five miles of Atlanta from the southwest and north with forest branch lines but never reached the town site itself.

November 28, 1931. The BCG&A railroad provided notice to shippers that the railroad company will no longer accept freight for shipment and trains will cease operation on December 1, train service discontinuing between Gaylord, Atlanta and Alpena. The line was completed to Alpena 12 years ago and the W. H. White Lumber Co. of Boyne City being the principal owners. It was primarily built for hauling the timber, mostly hardwood, to the mills of the company at Boyne City. The timber supply was exhausted five or six years ago and since that time there has been little freight business. A gasoline car has been practically all the company has had on the line in the way of a traffic vehicle for about four years. Stations on the line were Boyne City, Gaylord, Atlanta, Spratt, Herron and Alpena. [DFP-1931-1129]