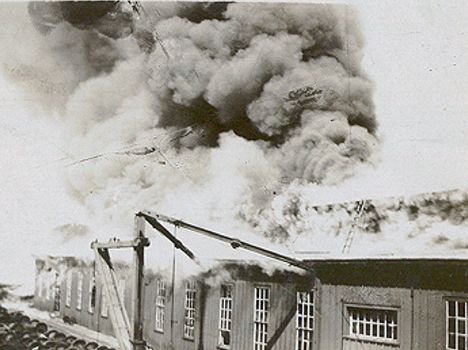 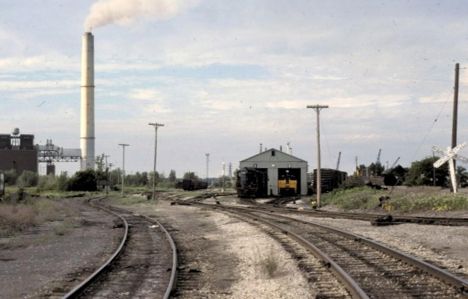 Engine Bells Melted. May 25, 1905. A large force of men are at work today clearing away the debris on the site of the burned Pere Marquette round house, and the building will be rebuilt. The injured locomotives will be sent to the shops at Grand Rapids and Saginaw as soon as possible and will be entirely rebuiit. The intensity of the heat, durig the fire is shown by the fact that the bells and brass work on the engines were entirely melted. [DFP-1905-0525]

May 16, 1930: The Michigan Public Utilities Commission approve the discontinuance of the crossing watchman at Ottawa Street in Muskegon. [MPUC-1930]