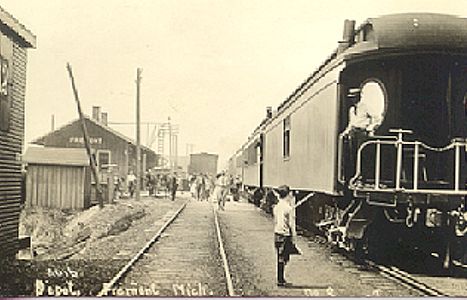 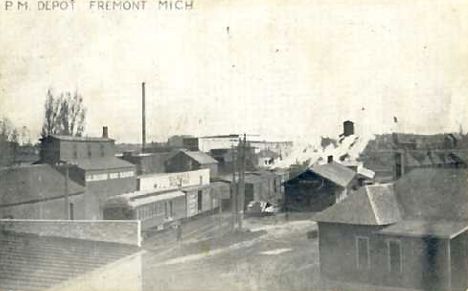 Fremont, in Newaygo County, was settled about 1854. It was originally called Elm Corners, then Weaversville and Fremont Center. It was changed to Fremont in 1882. Fremont was incorporated as a village in 1875 and a city in 1911. [MPN]

Fremont was on the Pere Marquette's branch from Muskegon to White Cloud and was about 12 miles by rail southwest of White Cloud.

Photo Info/Credit: Top, the Pere Marquette depot at Fremont around the turn of the century with a passenger train loading and unloading. 2nd photo, an overhead view of the depot, train and nearby area. [Both, Alan Loftis collection]