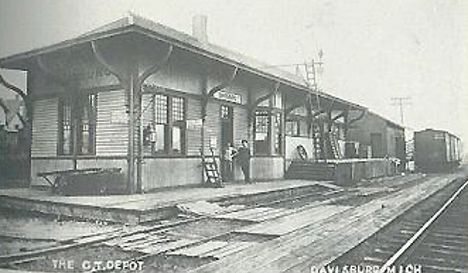 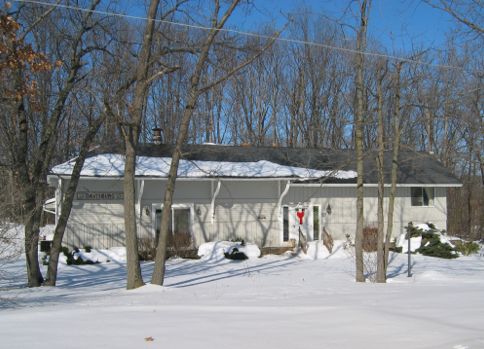 Davisburg was settled about 1836 and also known as Davisburgh. It was renamed in 1984. [MPN] It was a station stop on the Detroit & Milwaukee railroad (later GTW/CN) about four miles southeast of Holly in Oakland County.

Photo Info/Credit: Top, the GTW depot at Davisburg. [Alan Loftis collection]. 2nd photo, the same depot which has been moved to a new location and turned into a home, in 2003. [Frank Riess]