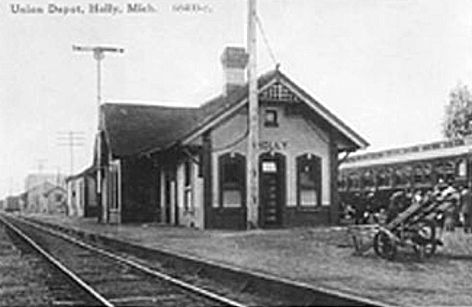 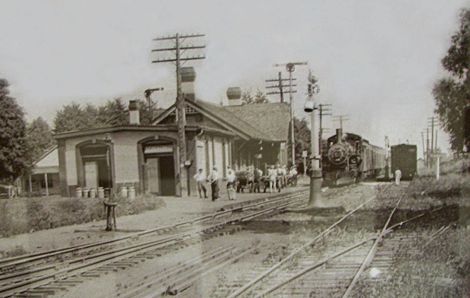 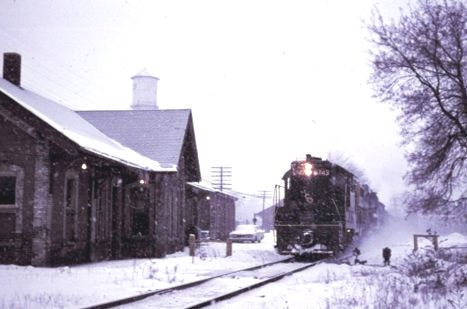 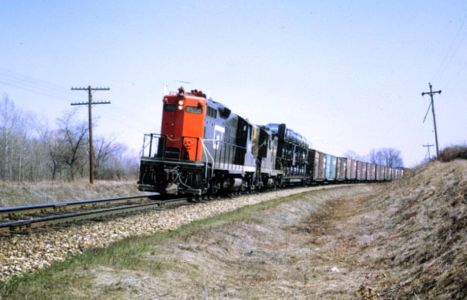 Holly was settled about 1830 in northwest Oakland County. A sawmill was built here in 1843 and a grist mill shortly thereafter. It was called Algerville and then Holly Mills in 1851. The Detroit & Milwaukee railroad came through here in 1855. The town was renamed Holly in 1861 and it became a village in 1865. [MPN]

Holly was a crossing and interchange point on the Detroit & Milwaukee (later GTW/CN) and the Flint & Pere Marquette (later C&O/CSX). In addition to a union station, an interlocking tower was also located here to protect train movements over the crossing.

1868 F&PM improvements. An addition 20x48' to the building previously erected as a woodshed (which was 138x40') and the whole thrown into a car repair shop, it being considered economy to make this change, as 3/4 of all the platform cars do not run north of Pine Run, except for repairs. And by placing the repair shop hee, the cars are inspected both going and returning, and repairs can be made for want of which we would be liable to delays and accidents. [F&PM-1868]