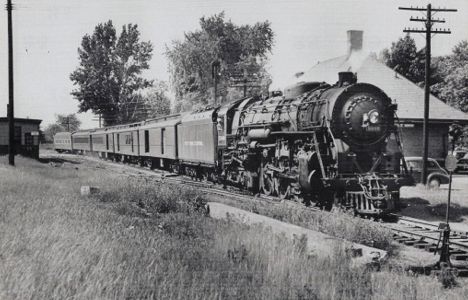 Lake Orion was located on the Michigan Central's Bay City branch, about 10 miles northwest of Rochester. The town was also served for a period of time by an interurban railroad time.

1928. The Michigan Central adds 1.7 miles of automatic block signals in Orion, including 2 GRS D.C. signals and storage batteries. [RSC-1929] Note: This was likely for station protection.,