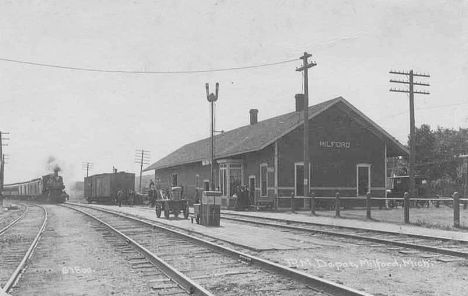 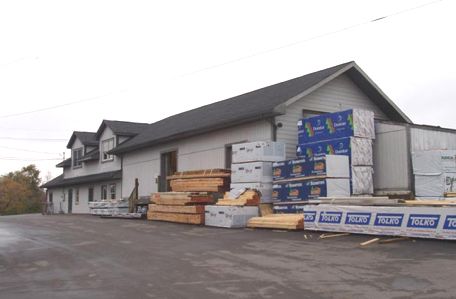 Milford was settled about 1827 in southwest Oakland County. It became a village in 1869. [MPN]

Milford was a station on the Pere Marquette's line from Plymouth to Flint. It is located about four miles north of Wixom.

Photo Info/Credit: Top, the PM depot at Milford with a passenger train approaching. 2nd photo, an early view of the same depot. 3rd photo, a 2004 shot of the former depot, now used as part of a lumber yard. [All, Alan Loftis collection]

1898: Milford was a regular passenger train stop for the F&PM railway. The town also had water facilities for locomotives and had a 55-car passing track. The station had a day agent during this period.