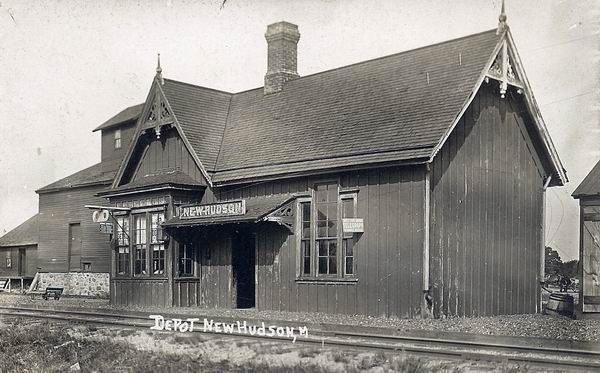 New Hudson was settled about 1830 on the Detroit to Lansing stage line. A tavern was located here (called the "Old Tavern") and the stop was called New Hudson Station on the stage line. [MPN]

When the Grand Trunk Western came through here, they established a station stop at New Hudson. Early maps also indicate that the GTW had a small wye here for turning locomotives. It ran to the southeast near the depot location on the south side of Grand River.

Photo Info/Credit: This is the GTW New Hudson depot in the early 1900's.