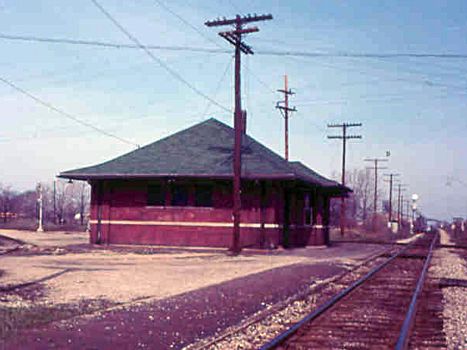 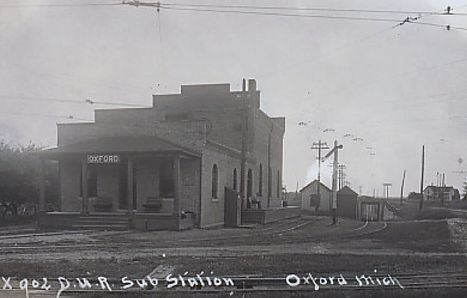 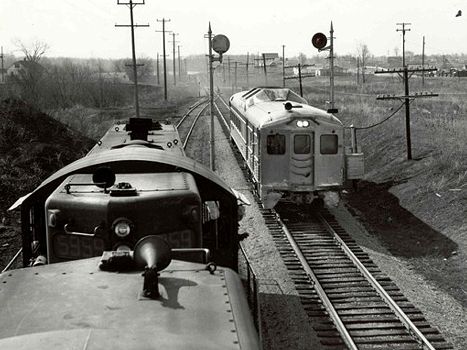 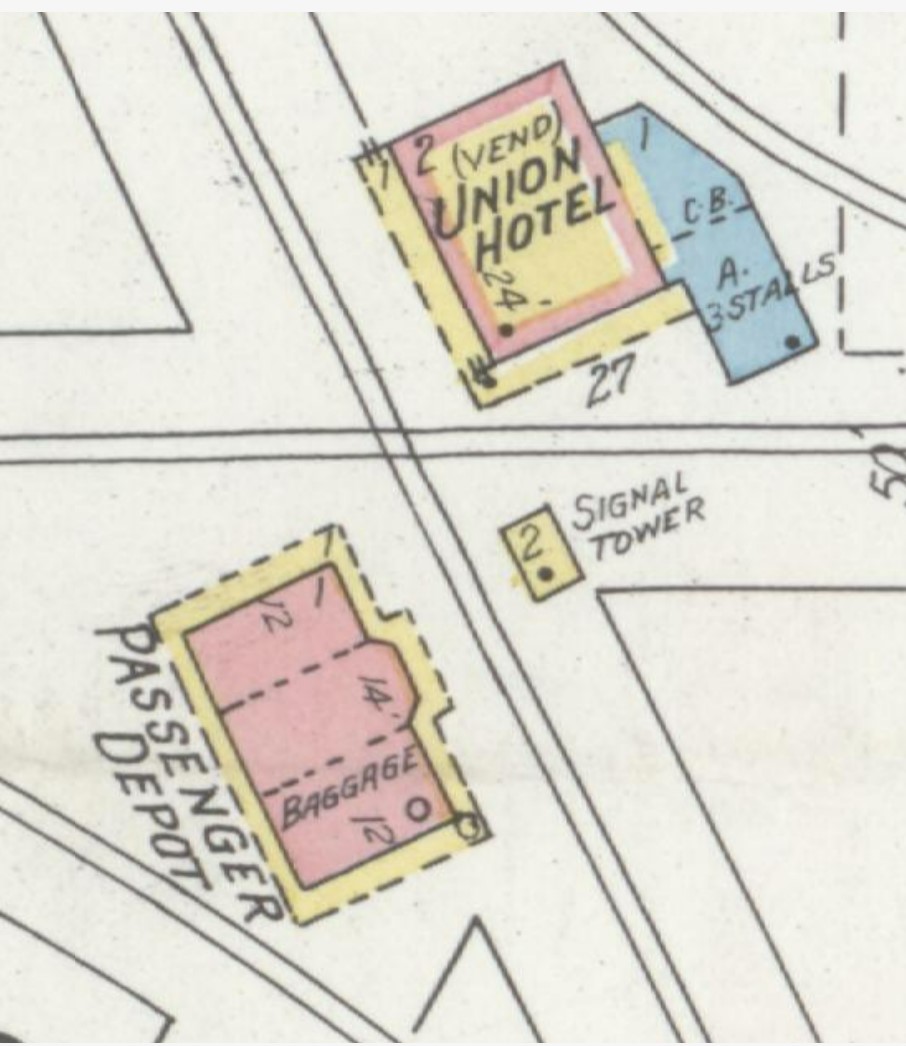 Oxford was settled about 1823 as Demingsburgh and then Oxford Corners. It was renamed Oxford in 1839. It became a village in Oakland County in 1876. [MPN]

In shortly after 1871, the Detroit & Bay City railroad came through Oxford. This line shortly thereafter became the Michigan Central's Detroit to Bay City branch. In 1879, an east-west line came through Oxford. This was the Pontiac, Oxford and Port Austin railroad, which became the Pontiac, Oxford and Northern (PO&N) and later became the Grand Trunk Western branch from Pontiac to Caseville. The town was also served after 1900 by an interurban line which ran from Rochester to Imlay City.

The two steam railroads crossed at grade, and an interlocking tower known as "XN" was built, after several years of using a crossing gate. The interurban railroad dug an underpass to cross under the PO&N. It did not cross the MC at this location.

Photo Info: Top, a photo of the MC depot at Oxford, taken in a northerly direction. The diamond was on the north side of the building where the PO&N crossed. Just visible to the far left of the photo is the interchange track for the PO&N and MC. XN tower was located to the east (across the tracks from the depot) in the southeast corner of the diamond. This depot was destroyed by fire from vandals in the mid-19970's. [Charlie Whipp]. 2nd photo, an early view of the Detroit United Railway Oxford station taken in the early part of the 20th century. 3rd photo, NYC train 633, the northbound Beeliner, breezes through Oxford enroute to Saginaw and Bay City. It is passing train BD-2 which is "in the hole" (siding) waiting for this meet. The Beeliner is a RDC-3 model. BD-2 is a Bay City to Detroit freight train. Photo taken in 1958. [EL Novak photo, Charlie Whipp collection]. 4th photo, a Sanborn map from 1937 showing the crossing, tower, depot and the Union Hotel. Note the horse stalls behind the hotel, even in 1937. [SBM]

1909. The original wooden depot is destroyed by fire. It is replaced by a substantial brick union depot. (See top photo). [GTWHS-2022-Fall]

1917, The MC had an day operator clerk at the freight house here around-the-clock. The GTW had an agent at their station. [TRT]

1961:  The Oxford interlocked crossing of the NYC Bay City Branch and the GTW's PO&N Branch is automated and the tower is closed.  [CW]