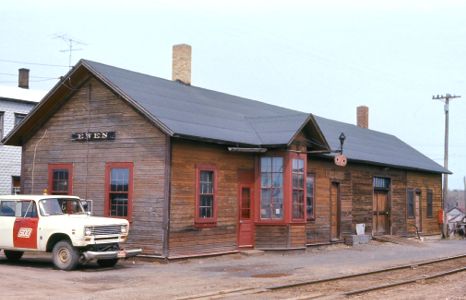 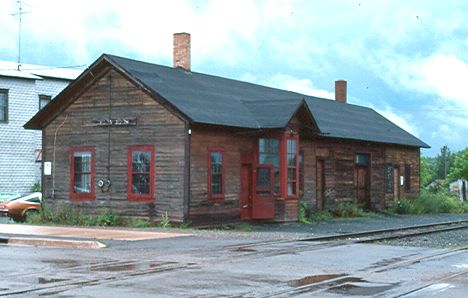 Ewen was founded about 1888 as a logging camp. [MPN] A depot was established here by the Duluth, South Shore & Atlantic railroad (later Soo Line) and the town was a division point for many years where train crews changed shifts. It was located at milepost 255.3 in Section 27, T48N-R40E. [DSSM]

1918. The DSS&A had an operator/agent and assistant here during the day shift. [TRT]