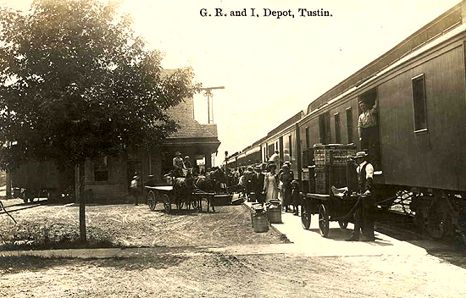 Tustin was settled when the Grand Rapids & Indiana railroad came through about 1872 with a general store. The town was incorporated as a village in 1893. [MPN]

Tustin is located in north west Osceola County and was on the Grand Rapids & Indiana main line between Grand Rapids and Mackinaw City. It was about 15 miles north of Reed City. The Michigan East and West railroad also came through Tustin enroute to a connection with the Ann Arbor railroad at Marion.

1910 - In 1910, the M&GR ran one passenger train each way between Manistee and Marion via Tustin. This was likely a mixed train. [OGR] 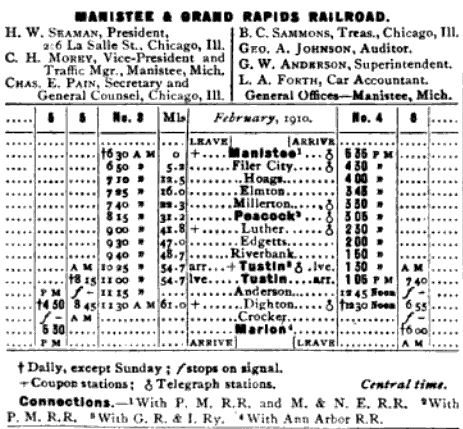