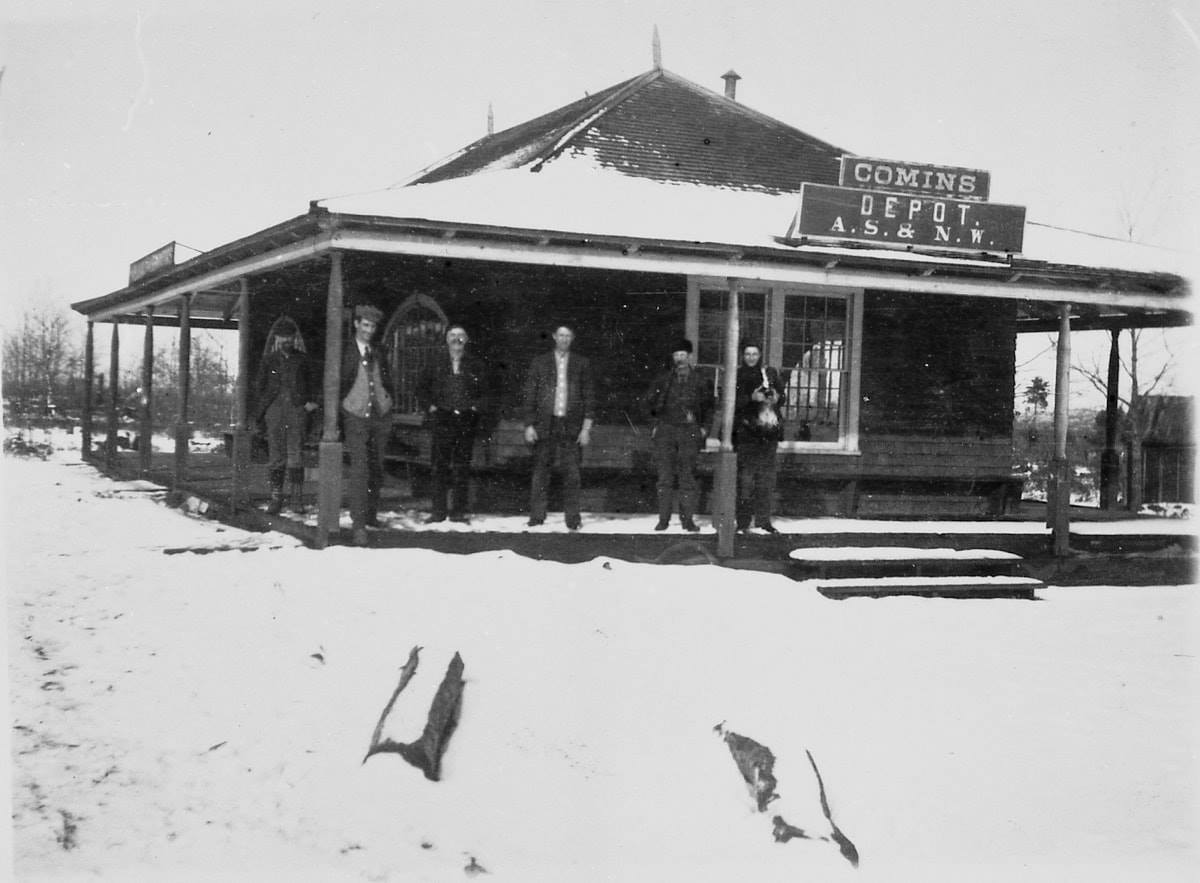 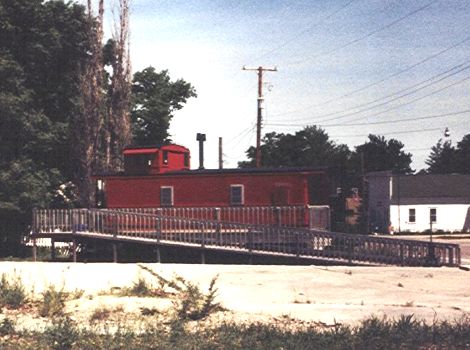 Comins was settled around the turn of the 20th century in northeast Oscoda County. The H.M. Loud & Sons Lumber Company acquired the lumber interests of the Potts Lumber Company in 1885. The depot here was reportedly moved from McKinley in 1900. [MPN]

The AuSable & North Western railroad was a narrow gauge railroad which supported logging companies here. They built their line through Comins but this was the last official station stop. This part of the line came from Twin Lake Junction which was near Potts/McKinley. The line was ultimately sold to the Detroit & Mackinac railroad which changed the gauge to standard gauge.

Photo Info/Credit: Top, the depot at Comins, probably taken from the top of a water tower. The road which crosses the track is now state highway M-33. 2nd photo, another old view of the Comins depot. 3rd photo, this caboose was relocated to Comins in the 1980's. It was later painted for the Detroit & Mackinac railroad but is likely of a different origin. The clear area in front of the caboose was the location of the old depot. [Dave Fulkerth]