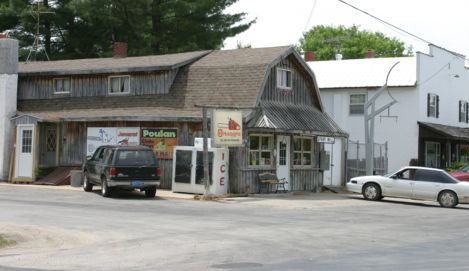 Sparr was created around 1913 with the building of the eastern extension of the Boyne City, Gaylord & Alpena railroad. It was located about five miles east of Gaylord and was named after Phillip Sparr who settled in the area in 1873. [MPN]

According to Ghost Towns of Michigan Vol. II, the railroad had a switch yard at the town for loading 32" drums of "chemical wood" which was used to make alcohol, turpentine and other wood by-products at a plant in Gaylord. Logging in the area was performed by Salling Hansen Lumber Company at "Camp 54".