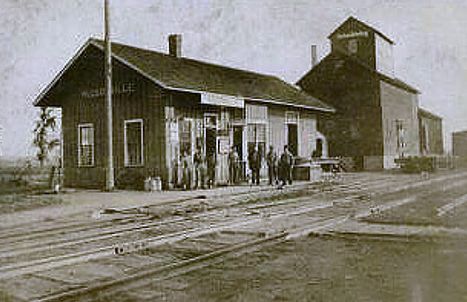 Hudsonville was originally settled as South Georgetown about 1868 but was renamed Hudsonville in 1872. In 1874 the Chicago & West Michigan (later PM/C&O/CSX) railroad came through and established a station here. The town was incorporated as a village in 1926 and became a city in 1957. [MPN]

Hudsonville is located on the CSX main line running between Grand Rapids and Holland, about six miles southwest of Grand Rapids in Ottawa County.