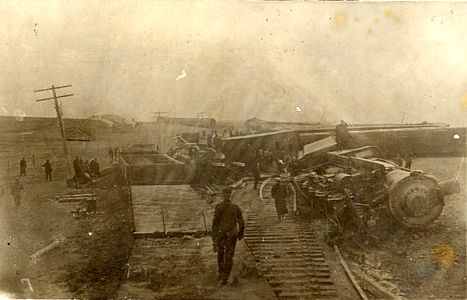 Jamestown was organized in southeast Ottawa County about 1849. [MPN] It became a station stop on an interurban line about six miles southwest of Grandville. According to the photo at the left, Jamestown's railroad used steam locomotives where most interurban lines used electric power. This photo is likely on the Pere Marquette line in northwest Jamestown Township.

Photo Info/Credit: Top, an early 1900's wreck which reportedly occurred at Jamestown. One man was killed in the wreck.