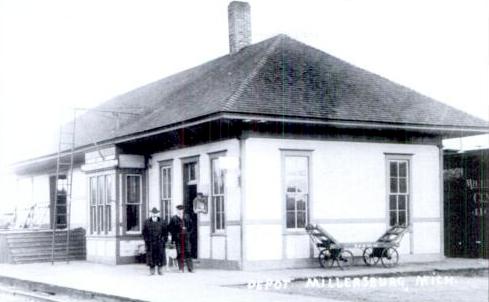 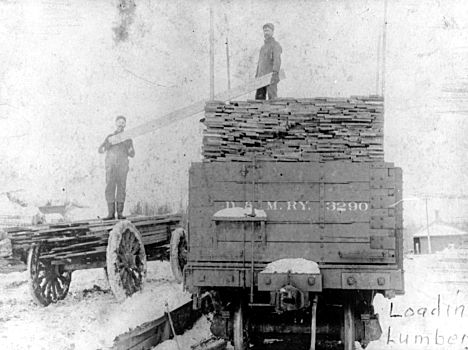 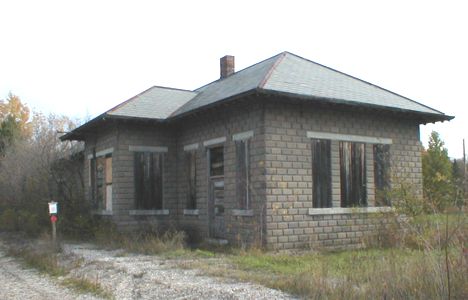 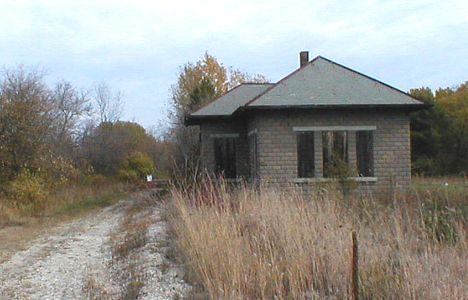 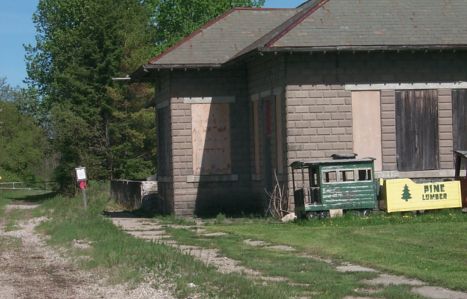 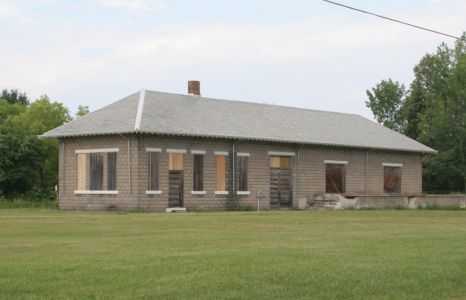 Millersburg was located in west central Presque Isle County about seven miles east of Onaway. This depot was reportedly built as a new station in fall, 1916. [MCR/1916 p47]

The town of Providence was platted just west of Millersburg as can be noted in the 1905 map below.

Photo Info/Credit: Top, an early view of the D&M depot at Millersburg. Note the freight cart on the side of the depot and the stairs leading up to the freight door at the left. A ladder was used by the operator/agent to add oil to the train order signal which protruded from the room on a pole. The signal was likely controlled by the pipe through the room. Ladders for this purpose were common on early D&M depots. [Alan Loftis collection]. 2nd photo, two workers load lumber into a wooden gondola in this winter scene. The Millersburg depot is in the distant right of this photo. The railroad car appears to e taken on the "team" track in the village about 1920. 3rd and 4th photos, a 2004 view of the former D&M depot. [T.J. Gaffney]. 5th photo taken in 2006. {Marcia Simmons]. 6th photo in 2006. [Dale Berry] 7th photo map, a 1905 map of Millersburg and neighboring Providence. 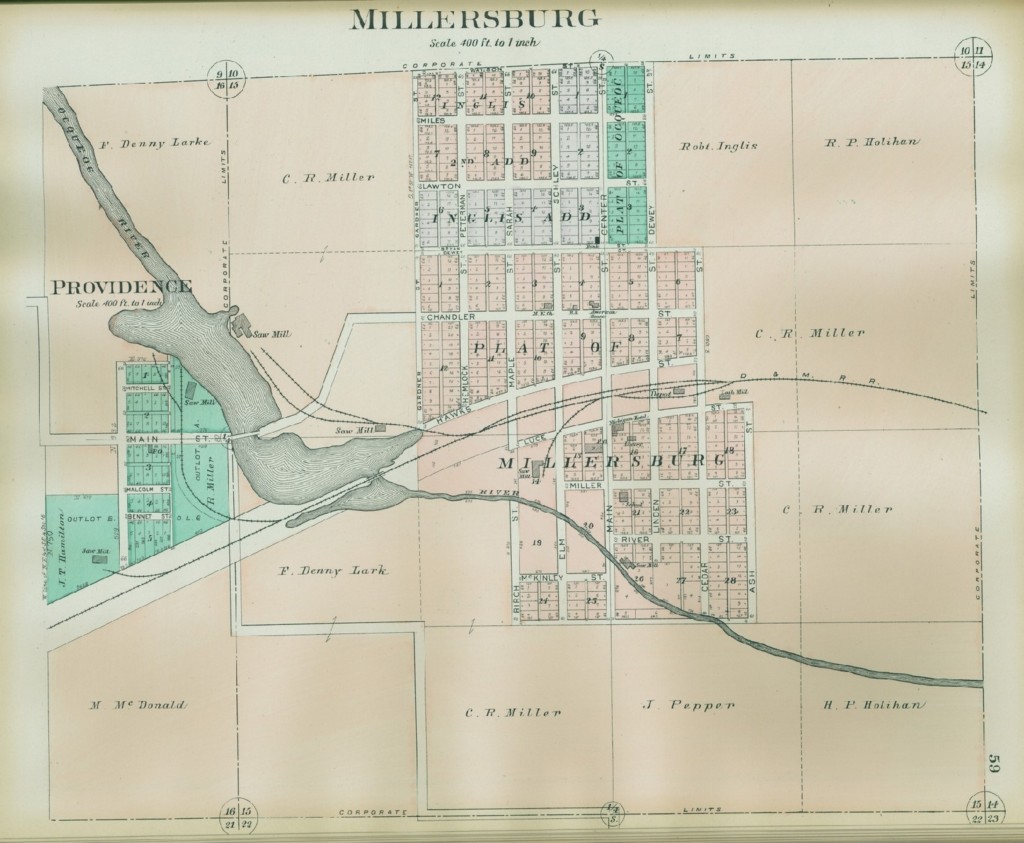