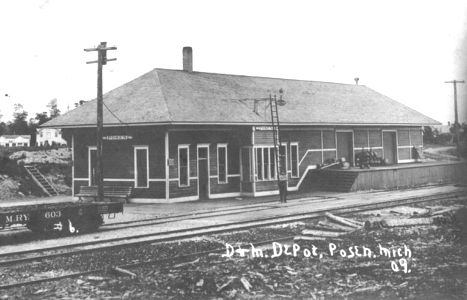 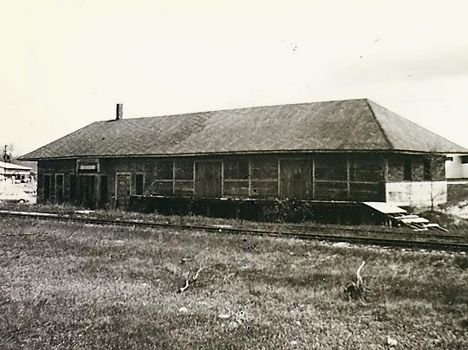 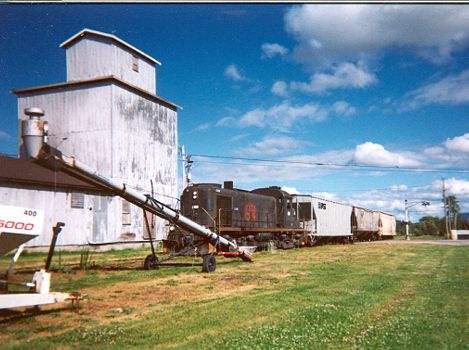 Posen was first settled about 1870. It became a station on the Alpena & Northern (later Detroit & Mackinac) railroad. It became a village in 1907. [MPN]

Photo Info/Credit: Top, the D&M depot at Posen in the early 1900's. [Marcia Simmons collection]. 2nd photo, an old view of the depot, date not known. [T.J. Gaffney collection]. 3rd photo, a Lake State railway train passes through Posen. This is the 974 which is leading a 3-car train northbound past the grai elevator. This train was one of the last to travel on the North Division of the D&M, shortly before the track was abandoned and pulled up. [Dale Berry]