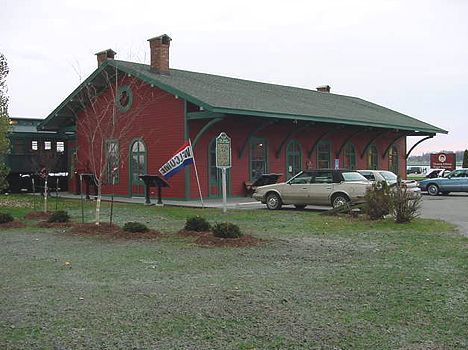 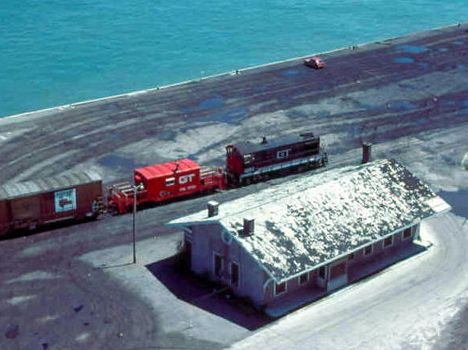 Fort Gratiot, near the mouth of the St. Clair River at Lake Huron in St. Clair County, was an early settlement in the Port Huron area. It was the site of Fort St. Joseph in 1814, which helped to protect navigation and maintain a lighthouse. The village began around the Fort and in 1865 the Chicago, Detroit & Canada Grand Junction railroad built from here to Grand Junction in the Detroit area. They established shops here. The area later became part of the City of Port Huron.

Photo Info/Credit: Top, a 2003 photo of the restored GTW Fort Gratiot Station in what is now Port Huron. This station is home to the Thomas Edison Depot Museum, part of the Port Huron Museum portfolio. [Alan Loftis]. 2nd photo, an aerial view of the same depot in earlier times, taken from the Bluewater International Bridge. [Charlie Whipp]