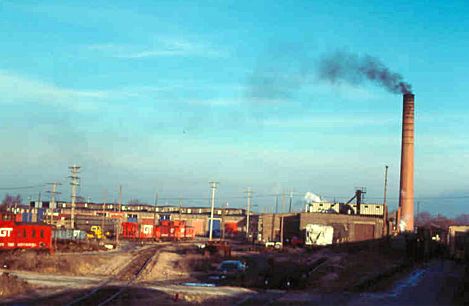 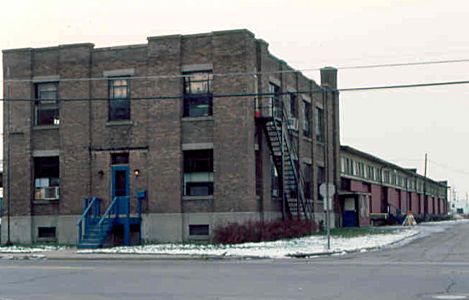 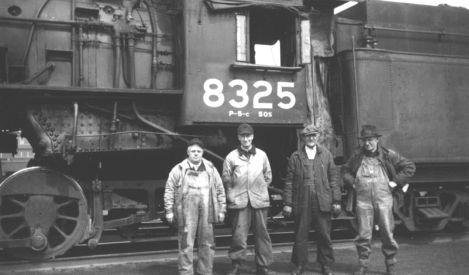 3rd photo, a GTW Engine Crew at the yard in Port Huron in the 1940's. The crew member on your left is Fred C. Meyers, Engineer. Fred is the grandfather of the photograph owner. [Dale Meyers collection].