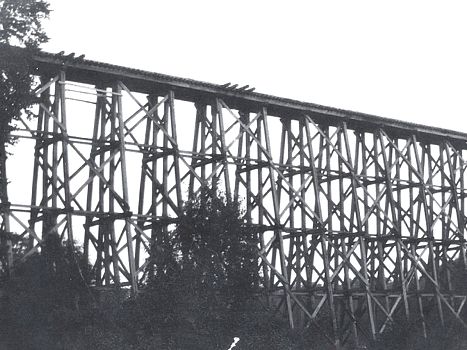 Ruby was settled about 1854 on the Black River in St. Clair County. [MPN] The town was located on the Detroit, Bay City & Western railroad about eight miles northwest of Tappan.

This bridge was not far from Pere Marquette's Avoca Bridge. This Detroit, Bay City & Western bridge was a "stick-pole" bridge and the railroad used it on their route from Bay City to Port Huron. It was built in the early 1920's but removed by around 1930 after the railroad was abandoned.