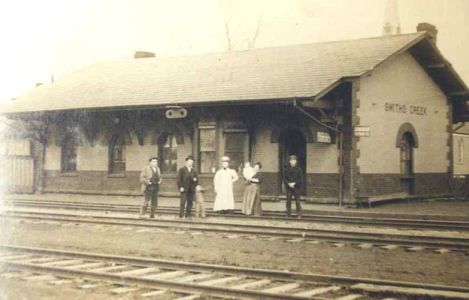 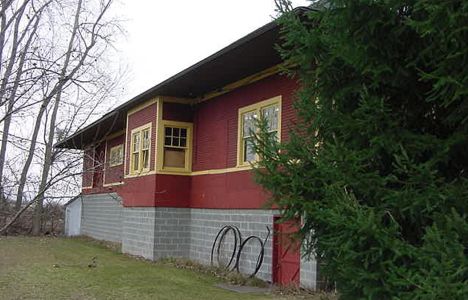 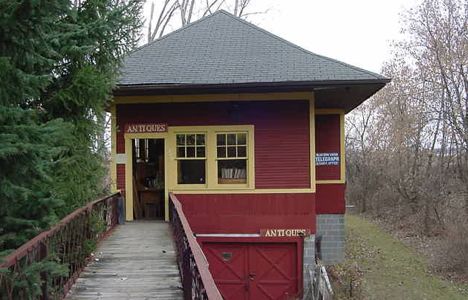 Smith's Creek was a station stop on the Grand Trunk Western line from Port Huron to West Detroit. As a boy, Thomas Edison operated a concession on GTW trains from here including a printed newspaper. Later, Henry Ford moved the Smith's Creek depot to historic Greenfield Village in Edison's honor. The railroad built a new depot in 1929 to replace it.

Photo Info: Top, the original Smith's Creek station which was moved by Henry Ford to Greenfield Village about 1929. [TJ Gaffney collection]. 2nd and 3rd photos, the new depot which was located in Smith's Creek until it was moved and restored in 1974. It is now used as a antiques shop in Armada in Macomb county. This depot was built about 1929 when the original depot was moved to Greenfield Village. [Alan Loftis]