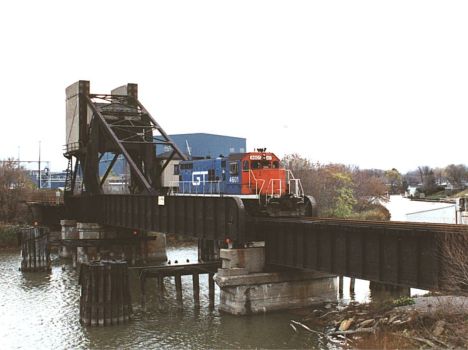 This drawbridge was built in 1913 by the Grand Trunk Western on a short industrial branch starting near Tappan going into the City of Port Huron.

In 1873, the Chicago, Detroit and Canada Grand Truck Junction Railway Company reported to the Michigan Commissioner of Railroads that this bridge was built in 1859 (one and 1/4 miles from Port Huron) and made of iron and stone.  It was described at that time as a swing bridge 342 feet in length.  [MCR/1873]