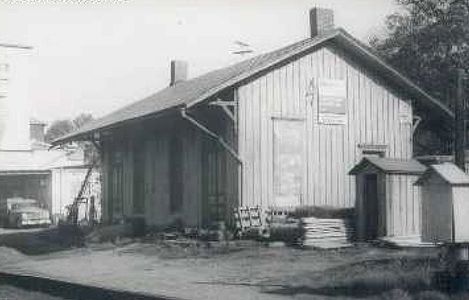 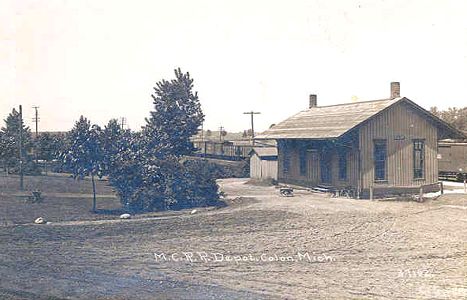 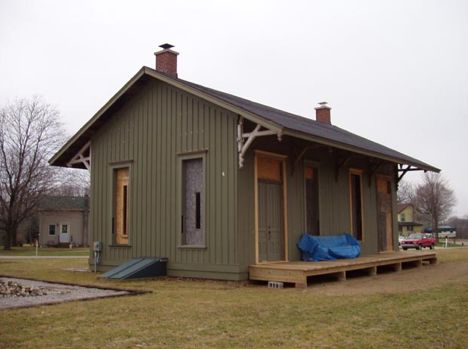 Colon is located on the eastern edge of St. Joseph County. The town was settled about 1832 and became incorporated as a village in 1904. [MPN]

Colon was located on the MC's Air Line Branch, which ran between Jackson and Niles via Three Rivers.

1920. On the Michigan Central, this is a passenger, freight and express agency joint with the American Railway Express Company. Interline tickets are issued. T. P. Morton is the agent. The telegraph call sign is "CN". [MCOAS]