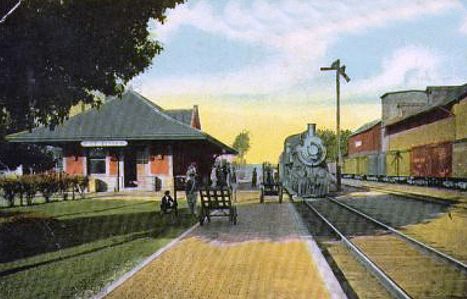 Sturgis was settled about 1827 in southeast St. Joseph County about three miles north of the Indiana state line. The town was incorporated as a village in 1855 and became a city in 1895. [MPN]

Sturgis was located on the Lake Shore & Michigan Southern's "Old Road" line which was the first railroad to connect Toledo and Chicago, running through southern Michigan. In addition to this east-west route, the north-south Grand Rapids & Indiana line between Fort Wayne, Indiana and Mackinaw City crossed here, as well as the MC/LSMS Goshen Branch, which ran north to Battle Creek.