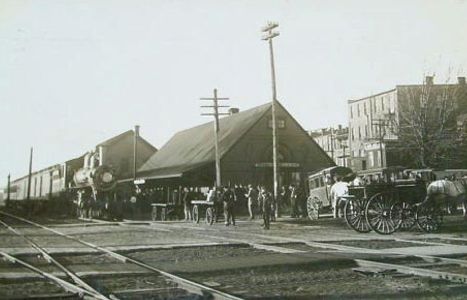 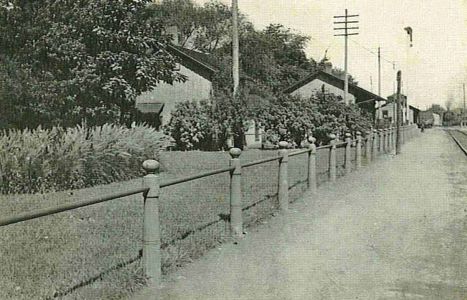 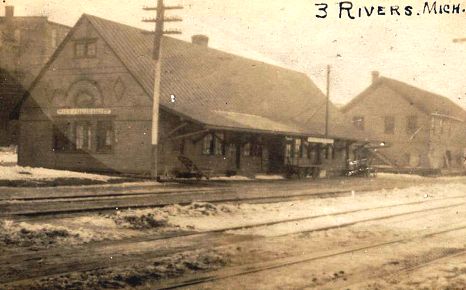 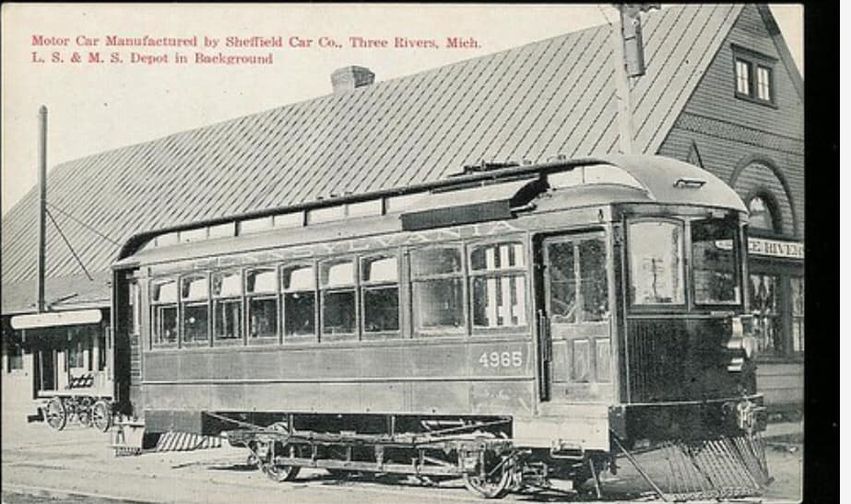 Three Rivers was settled about 1830, near the joining of the St. Joseph, Rocky and Portage rivers. The town was incorporated as a village in 1855 and became a city in 1895. [MPN]

Three Rivers was located at the crossing of the east-west MC Air Line branch which ran between Jackson and Niles, and the north-south LSMS Kalamazoo Branch, which ran north from White Pigeon to Kalamazoo and Grand Rapids.

1867 - The Lake Shore & Michigan Southern enters Three Rivers from White Pigeon. It extends north to Kalamazoo in 1868 and Grand Rapids in 1869.

1870 - The Michigan Central Air Line branch arrives from Jackson. It is extended to Niles in 1871.

1943 - The MC Air Line is abandoned between the west side of Three Rivers to Niles.

1958 - The MC Air Line builds a connection to send the branch south of Three Rivers to Elkhart.

1920 - On the Michigan Central Air Line, this is a passenger and freight agency. Interline tickets are issued. E. A. Montgomery is the agent. The telegraph call sign is "VE". [MCOAS]