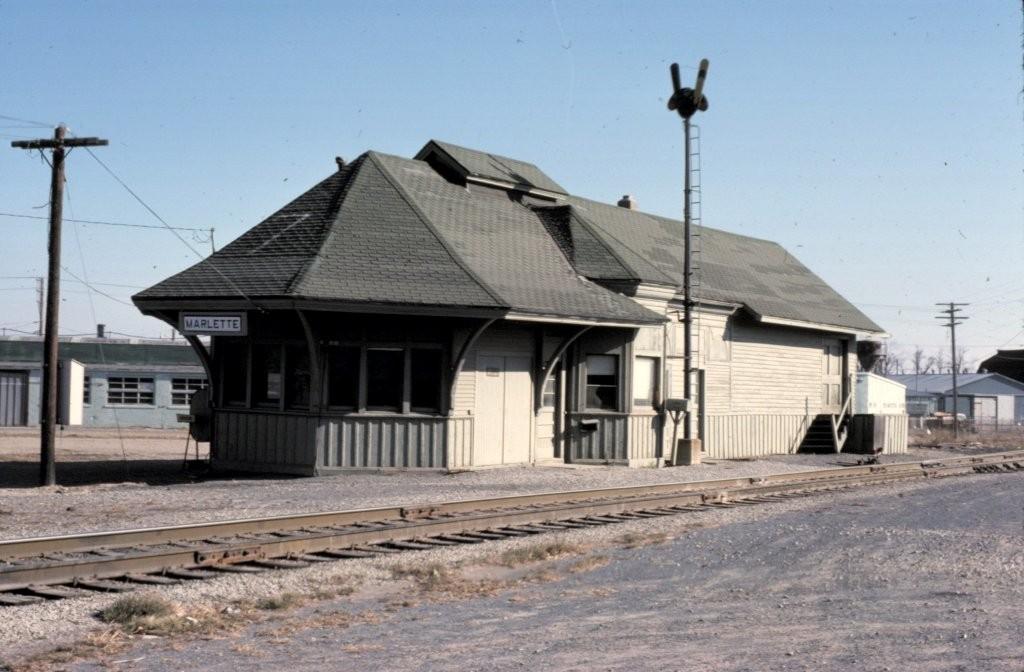 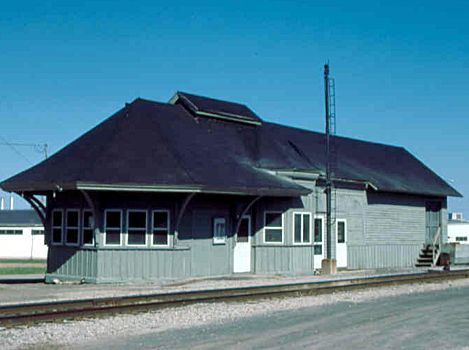 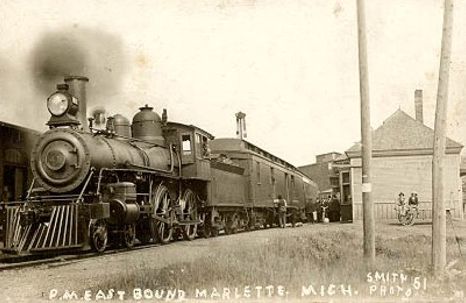 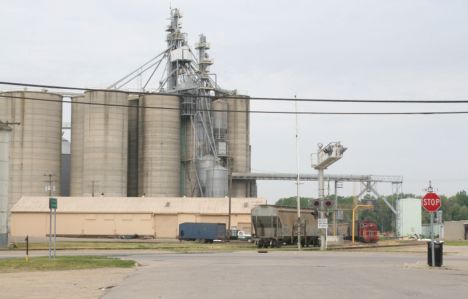 Marlette was settled about 1854 in southwest Sanilac County. It was incorporated as a village in 1881. [MPN]

Marlette was located on the Pere Marquette line between Saginaw and Port Huron.

Photo Info/Credit: Top, the C&O Marlette depot in 1976. [Charles Geletzke Jr. photo]. 2nd photo, the PM depot at Marlette in 1986. The depot was built in 1891 and is used by a local historical group today. [Charlie Whipp]. 3rd photo, an old photo of the depot with a passenger train in front. 4th photo, a 2005 photo of the Marlette depot. [Alan Loftis], 5th photo, a C&O local train approaches the depot in 1977. [Charlie Whipp]. 6th photo, a large grain elevator at Marlette, just west of the depot across the street. HESR maintains a switch engine at this site in 1977. [Dale Berry]