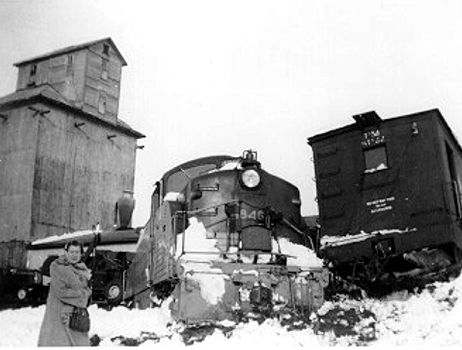 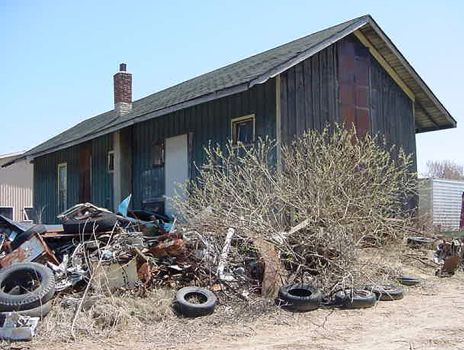 McGregor was founded about 1859 in east central Sanilac County and later became a station stop on the Port Huron & Northwestern railroad, about four miles south of Deckerville. [MPN]

Photo Info/Credit: Top, a Pere Marquette BL-2 type engine and snow plow are involved in a wreck at McGregor around 1950. [TJ Gaffney collection]. 2nd photo, a 2003 view of the depot at McGregor, rubish and all. [Alan Loftis]

1898. McGregor was a flag stop on the F&PM's Sand Beach Division (Port Huron to the thumb). There was a 16-car passing siding here and water facilities for locomotives.