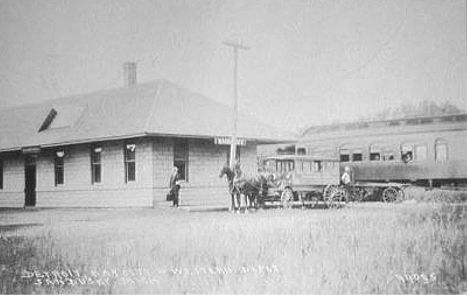 Sandusky is in central Sanilac County, and was served at one time by two railroads. The Pere Marquette ran a branch line west to here from Poland (near Carsonville) and the Detroit, Bay City & Western came through town on its line between Bay City and Port Huron.