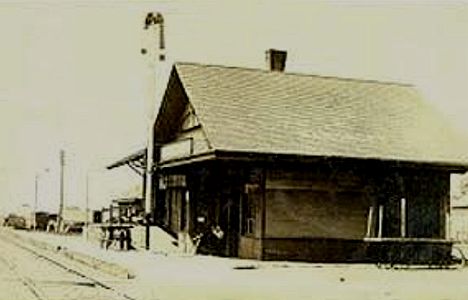 Bancroft was settled about 1877 as a station on the Chicago & Lake Huron (later GTW/CN). The town became a village in 1883. [MPN] Bancroft was located on the GTW's main line which ran between Flint and Lansing. It is about five miles southwest of Durand in Shiawassee County.

Today, Bancroft is a control point on the CN main line between Durand and Lansing. It is the beginning of double track to the east through Durand. It is located at milepost 248.7. The depot no longer exists.